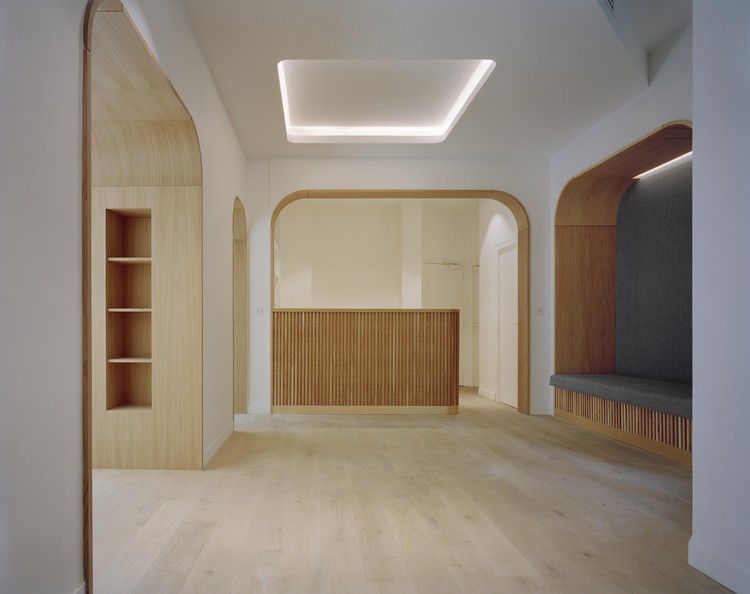 Text description provided by the architects. Just minutes from the Place de la Bourse in the second arrondissement of Paris, Studio Vincent Eschalier has delivered the rehabilitation of an entire office building. Intervention between tradition and risk-taking, in line with the efficient and unconventional style of the agency. For this rehabilitation in a historic district, the architect wishes to highlight the building while respecting the vernacular architecture. The interiors offer maximum flexibility to future occupants. The existing solid walls have been by moveable full-height partitions which divide the open space.

Accompanied by large oak arches, they separate the workspaces into more functional areas. The window frames are finished in oak and brass and punctuate the facade of the Vivienne street by playing on the contrast between the wood and the white volumes. White acoustic ceilings incorporate custom-designed lighting that is tailored to each space. Technical systems such as air conditioning and heating are concealed above the circulation area, beneath a removable metal suspended ceiling.

The post-Haussmanian exterior is renovated with bluestone from Hainaut on the facade and the roof. It offers, with its rounded edges, a single and massive volume pierced with regular openings, also finished in brass. These new openings and the creation of an open terrace on the roof now allow future occupants to enjoy maximum natural light and a panoramic view of the Place de la Bourse. The wish of Vincent Eschalier was to give a new life to this building while remaining anchored in its Parisian architecture. The choice was, therefore, to highlight the coronation with a unique and massive volume to make it visible from the Place de la Bourse.

For this, the Studio has developed a technique used for one of the first times in France. Substitute the usual zinc of Parisian roofs with a similarly colored stone. This one, laid in a 1m/1m slab, gave the extension scale and softened the lines of the building. Also not to affect the geometry seen from the Place de la Bourse, the lines of the railing have been geometrically drawn to appear as invisible. The purpose of the intervention is to give a distinctive brightness to this historic building; the architect adds a contemporary touch while respecting the soul of the structure. 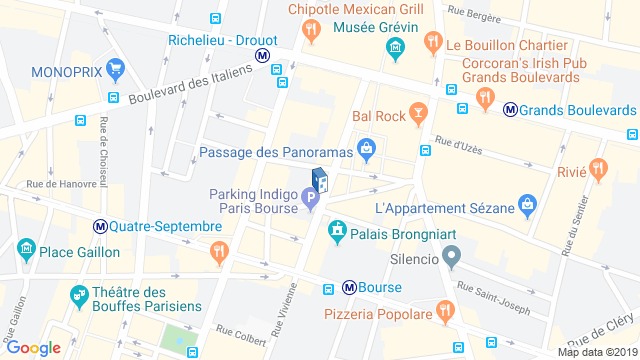