Ever since the Lumière brothers trained their camera on La Place des Cordeliers in Lyon in 1895, cinema has shaped our collective urban imagination. For 125 years, film has relentlessly recorded the deaths and lives of not just great American cities but of all great – and not so great – cities the world over. Film-makers have observed, expressed, characterized, interpreted and portrayed hundreds of thousands of city streets. By charting the cities’ evolution across the 20th century to present days, films are the quintessential Eyes on and of the City.

Dziga Vertov was probably the first to express the power of the camera eye with his Kino Eye manifesto ‘‘I'm an eye. A mechanical eye. I, the machine, show you a world the way only I can see it […] l am kino eye. I am a builder’ (1923). In some ways it was the answer to Le Corbusier’s Eyes which do not see [1923]. The camera was going to reveal, imagine and build what we can’t ordinarily conceive, overcoming our natural blindness to our everyday life and environment. It created new geographies and new visions – it made us see the world differently, it liberated us.

Technologies are transforming cities providing fantastic opportunities but also plenty of pitfalls. Our contemporary societies, especially in the West, stage regular forums about smart cites, more often than not pointing out the dangers of the digitalization of cities, for example facial recognition and social media used for political and commercial gains being high on the list of controversial issues. Indeed, the intersecting observations of ‘eyes that must see without being seen’ [after Foucault] remain a worrying concern. Unsurprisingly this has provided the film industry with a wealth of subjects – and modernism, modernity, technology are all invariably associated with dystopia. It can be humorous as in the Electric House (Keaton 1922) or Mon Oncle (Tati 1958) but becomes more sinister with Alphaville (Godard 1965), Enemy of the State (Scott 1998), The Truman Show (Weir 1998) or Minority Report (Spielberg 2002) to name just a few.

Perhaps the best example of the impact of surveillance is Haneke’s Caché [Hidden] (2005) where a Parisian family keeps receiving anonymous video tapes filming their home. The mysterious camera eye trained on their street has none of the benevolent qualities attributed by Jane Jacobs to neighborhood observations. Quite the opposite, and the film perfectly captures the insidious and pervasive nature of surveillance and the paranoid effect it has on ordinary citizens. Caché sums up the debate on surveillance admirably and its narrative drama makes a complex reality more tangible and accessible to us. No wonder there is such a heated debate about Quayside, Toronto’s Google City project, recently dubbed as ‘the most highly evolved version to date of surveillance capitalism’.

Cinema not only provide us with an accelerated education in complex situations but it has transformed how we look at the world as remarked by Wim Wenders: ‘our contemporary life as it is would be completely different if the 20th century had happened without the cinema […] the moving image changed our way of thinking, moving around and seeing things…’ Wim Wenders [2003] – cities became more comprehensible thanks to the invention of cinema. But our contemporary cities have now become ubiquitous as many world cities present striking similarities. This apparent sameness is partly due to the flattening effect of technologies, in particular the proliferation of CAD tools. This will only accelerate through the further deployment of AI and surveillance techniques. Algorithms have no cultural allegiances. Digital technologies are globalization’s relentless agent of cultural erosions.

While we all enjoy fast networked accessibility, more and more people will yearn for places that distinguish themselves from Google-cities. William Mitchell reminded us that ‘the capacity of places to distinguish themselves by virtue of superior accessibility is long gone and that cities to remain competitive will have to provide something that you cannot find anywhere else. That something unique, irreplicable, non-transferrable advantages will be the most highly desired real estate. Mitchell called this phenomenon ‘the revenge of place’ (2001). In crowded digitally enhanced and hyper surveillanced worlds, the true luxury will soon become ‘incommunicado urbanism’ – places of unique qualities, physically distinct and culturally sensitive – untouched by globalization and un-flattened by digital technologies. Cinema has yet to take up this most advanced of urban challenge!

François Penz directs the Digital Studio for Research in Design, Visualization and Communication in the Department of Architecture at the University of Cambridge. He recently published a monograph ‘Cinematic Aided Design: An Everyday Life Approach to Architecture’ (Routledge, 2018). His current AHRC funded research project CineMuseSpace, ‘A cinematic musée imaginaire of spatial cultural differences’ (2017-2020), expands many of the ideas developed in his Routledge book to other cultures, China and Japan in particular. CineMuseSpace has been the subject of recent museum and gallery exhibitions: the NextMixing Gallery in Shanghai in March/April 2019, the Art Museum of the Nanjing University of the Arts in May 2019, Manchester's Centre for Chinese Contemporary Art (CFCCA) in August 2019 and Lady Lever Art Gallery in Port Sunlight in September 2019. He is a Fellow of Darwin College and was until recently Head of the Department of Architecture [2017-2020] at the University of Cambridge. 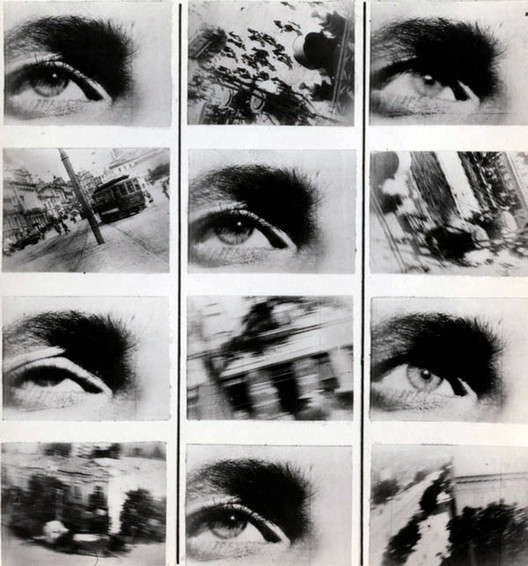