Save
The Lebanese Pavilion at the 2021 Venice Biennale, Curated by Hala Wardé, Tackles the Notions of Emptiness and Silence
Share
Or
Copy

Entitled “A Roof for Silence”, the Lebanese Pavilion at the 17th International Architecture Exhibition – La Biennale di Venezia, will investigate the question of living together, tackling the issue of coexistence through a questioning of the spaces of silence, and by putting into dialogue architecture, painting, music, poetry, video and photography. Curated by Hala Wardé, founder of HW architecture, in collaboration with Etel Adnan and Fouad Elkoury, the national pavilion will be on display at the Magazzino del Sale (Zattere), from May 22nd to November 21st, 2021. 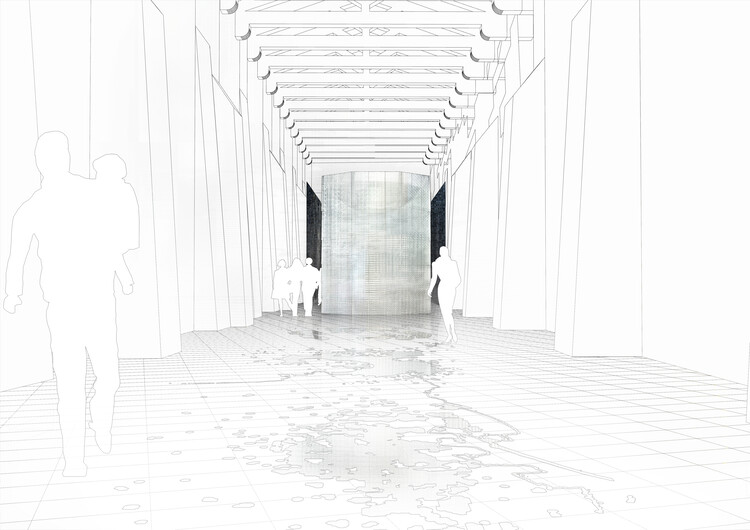 Hala Wardé, architect and founder of HW Architecture, who realized the Louvre Abu Dhabi with Jean Nouvel, was selected back in October of 2019, to curate the Lebanese pavilion after a public competition. Conceiving a “musical score, resonating disciplines, shapes and periods to provoke the sensory experience of a thought, articulated around the notions of emptiness and silence, as temporal and spatial conditions of architecture”, the intervention is treated as a manifesto for a new form of architecture.

Why not think about places in relation to their potential as voids rather than as solids? How can we fight fear of emptiness in architecture? How can we imagine forms that generate places of silence and contemplation? – Hala Wardé

Stating that "the project affirms the need for empty space and for life that might inhabit it as a form of silence,” Hala Wardé based her vision on the cryptic shapes of sixteen olive trees that are a thousand years old in Lebanon, whose hollowed forms are home to various species, considered as places of recollection or gathering, where peasants have convened for generations to decide on village affairs or to celebrate weddings. Integrated into the space of the Magazzino del Sale, and consisting of Etel Adnan’s Artwork; Paul Virilio’s Painting; Fouad Elkoury’s Photographies; Alain Fleischer’s Film and Soundwalk Collective’s sound composition, the Lebanese pavilion at the 17th International Architecture Exhibition will question the territorial and urbanistic approach to emptiness.

Starting off with Paul Virilio’s “Antiforms”, theorist of the acceleration of time and the disintegration of territories, the project also resonates with the sudden Port of Beirut explosion, on August 4th, 2020. Conceived around artwork by the poet and artist Etel Adnan, "A Roof for Silence" will continue its cultural itinerary in different cities around the world after its inauguration in the 2021 Venice Biennale, from the National Museum of Beirut to the Palais de Tokyo in Paris. With a social and heritage dimension, the pavilion also aims to raise awareness about the rehabilitation of the damaged architectural and cultural heritage of the city of Beirut.

There is this silence that is part of the aesthetics of things. For example, in painting. To paint only landscapes implies silence. And in poetry, silence takes the form of spaces. […] There are spaces like breaths. As with the life of trees, we sometimes feel like eavesdropping and listening to them […] there are voids and silences that are an integral part of poetry and thus part of the poetic experience. Silence is also part of the music, for it weighs, it is obvious, we hear it. I was about to say “one sees it. -- Etel Adnan

Read one to discover how the pavilion unfolds in 4 stages:

A Roof for Silence

Born in Lebanon in 1965, Hala Wardé trained as an architect at the Ecole Spéciale d’Architecture in Paris where she studied with Paul Virilio, Bernard Tschumi, and Jean Nouvel, with whom she worked for over 20 years. In 2008, she established HW architecture, her own architectural practice, and continued collaborating with Ateliers Jean Nouvel in the framework of a privileged partnership. Hala Wardé was in charge of the One New Change office and retail project in London, delivered in 2010, and the Louvre Abu Dhabi landmark museum which she led from inception in 2006 through to delivery in 2017. In 2016, Hala Wardé won the architectural competition for BeMA (Beirut Museum of Art), a future landmark museum in the Lebanese capital. In 2018, her studio was selected to design “Le Mirabeau” in the maritime quarter of Marseille, currently under construction. In 2019, she won, together with Jean Nouvel, the competition for the «Sharaan resort” located nearby the historical site of Al Ula in Saudi Arabia. In parallel, Hala Wardé collaborates regularly with artists, for site-specific interventions in relation to the built environments, such as Guiseppe Penone, Nan Goldin, or Etel Adnan.