Text description provided by the architects. Opened in 1937, the Palais de Tokyo has suffered from decades of neglect and subsequent deterioration. Housing modern art in its early stages of life, it soon was relegated to the sidelines upon completion of the Centre Pompidou in late 70’s, which took over the role of hosting modern art exhibitions. Sitting dormant and unused for latter part of the 20th century, it has since been reinvigorated by architects Lacaton & Vassal, opening back up to the public in 2002. The stripped down structure that exposes and embraces raw materials has recently received a new expansion by the architects who breathed new life into it.

The gallery has grown from 7000 to 22,000 square meters. Lacaton & Vassal chose to stay true to their original restoration where everything was kept raw – honesty of materiality. Thus, when they broke through into an unused basement, the remnants of the process involved with breaking through have been celebrated and left exposed, rather than plastered over. Free from the typical clean-room type atmospheres of other museums, the building elements are allowed to age unencumbered which adds to the patina of a structure that has stood for nearly a century. Though the bottom basement layers exert an almost expansive tomb-like aura, the upper levels bask in the warmth of sunlight through glass roofs.

Another interesting aspect of the museum is its lack of dictated routes that are typical of other galleries. The visitor in Palais is free to roam and explore uninhibited through the building’s below grade grotto, and its upper level exhibition spaces. Perhaps it is the rawness of the materials that are left to mingle and juxtapose the slight imposition of technology such as strip lights screwed into existing brick or the exposed cables running through the spaces that make Palais de Tokyo so different from its sibling museums.

To see more of the Palais de Tokyo visit their site here. 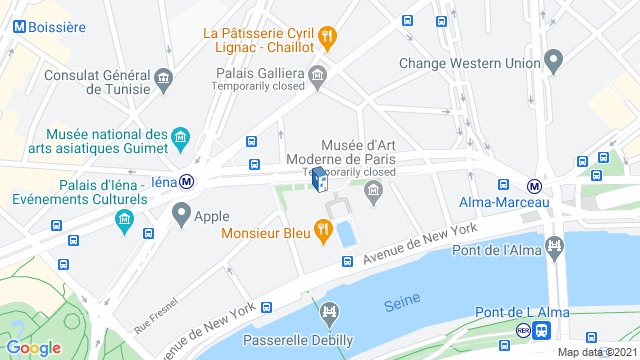 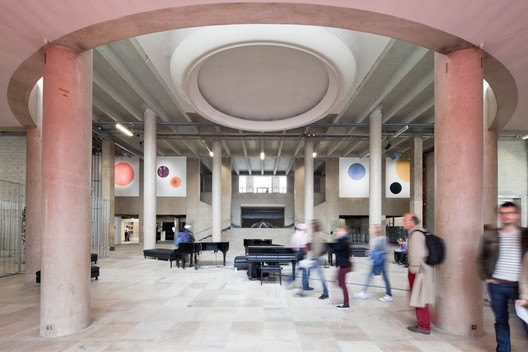