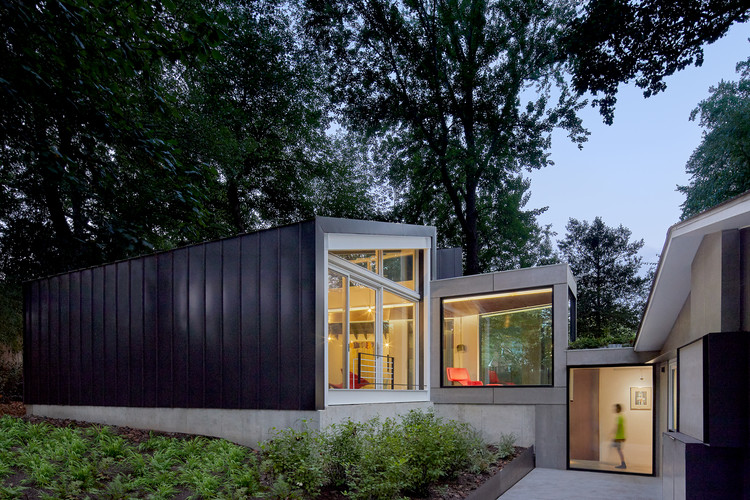 Text description provided by the architects. This renovation and addition to the architect’s own 1950 mid-century modern house, designed by Charles Goodman, included 2 phases. The existing Goodman structure was renovated 5 years ago, with a new kitchen, bathroom, finishes, windows, mechanical, and electrical. The floor plan was preserved, the kitchen opened up to living space, and bedrooms/bathrooms renovated.

The rear addition, recently completed and featured in this presentation, includes a new den, office, and kids’ hangout space, with 2 new full bathrooms and a laundry room. Flexibility was designed into the house, with flow between spaces and sliding walls that allow for a future change of use. The separate entrance allows for the possibility of an accessory dwelling unit, or in-law suite.

The addition, set half a level up the natural slope of the site, is separated from the existing house with a courtyard between the two. The addition utilizes the same basic tenets of Goodman’s architecture: large expanses of glass exposed structural elements, and an indoor-outdoor relationship. It follows the size and proportions of the existing pitched roof house but is comprised of two shed-roofed volumes that flank a central walkway.

This walkway, connecting the new to the old, serves as a gallery for art display on the lower level and widens out to a seating area on the upper level. A “landscape wall” defines this space from the outside, as a contrast to the glass-paneled wall of the existing living room.

The pitch of the addition’s shed roofs allows for clerestory windows in all rooms, offering views of the many large trees on the site, all of which were preserved during construction. Each room in the addition also has a wall of full-height glass on the end, and both ends of the central walkway are glass, so the landscape serves as the main focal point. Sliding doors that pocket into the walls join the central walkway to the surrounding spaces.

A green roof on the connecting walkway serves as a focal point from the new addition while collecting water runoff from the existing house roof. A small basement accessible from an outdoor stair contains all mechanical equipment and the electrical panel. Ductwork runs underground to the new concrete floors, providing a highly efficient air supply system. Metal roofing wraps down the sidewalls of the new structure, draining water to linear gravel troughs along the perimeter – so no downspouts or gutters are needed. 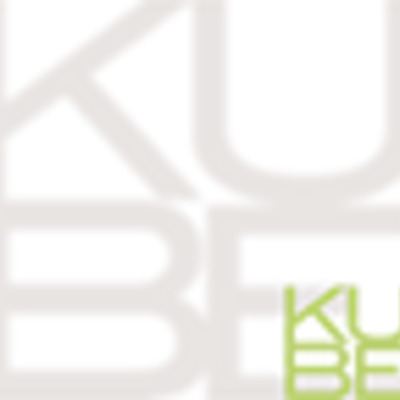