When the city has eyes to see, it will become the stuff of nightmares. The panopticon prophecy will come to life. Democracy will die.

The pretexts through which a thousand mechanisms that spy on us have been introduced into cities are three:

To the objection that a city that is capable of watching us does not allow us to hide, it was argued that those who are honest should feel no need to hide, since this kind of technological transparency simply allows us to make our needs and desires immediately clear.

We need to look at it the other way round. Those who are honest may want to hide because this is the only way to escape evil, oppressors, dictatorships, conformity. Transparency also kills desire.

Should we then return to the ancient city? To the past? To darker times? Certainly not. But we have to dispel the myth of the interactive city, of the smart city, as a place where formulating a thought is all that is needed to get an immediate answer from an intelligent mechanism.

We have to design spaces that afford us the risk of choosing. Spaces where the intelligence at work is human, not mediated by an algorithm.

We could start with the workspace. The idea of a centralized intelligence monitoring every worker action will impede progress, stifling smarter options, including truly innovative and disruptive hypotheses. It will increase stress levels among those who have been deprived of their privacy, of that silent dialogue taking place within themselves, which is often dismissed as inefficient. It will promote authoritarian behavior among leaders. It will generate malaise.

Those who sell goods and services may want cities planned around transparency and predictability. Knowing what potential buyers want in real time is an incredible opportunity to direct and optimize their offers.

Cities that are able to see can also adjust energy supply, eliminating waste. They can provide assistance to those who are lost, and suggest alternative routes to avoid traffic. They can effectively manage climate and microclimates, report traffic offenses, identify dangers, robberies and terrorist acts.

Should we do away with all this? Not necessarily. But we shoud not compromise on freedom. Privacy specialists should work alongside transparency specialists. Each move by the former should be balanced out by the latter’s counter-move–and vice versa.

Software can help with this: auto-delete tools for data, encrypted information, systems that prevent authoritarian regimes from spying, programs that allow people to remain in control of their choices.

When designing a project, just like there are energy specialists, we should have specialists who look at spaces in terms of freedom rather than efficiency. This way, there will be areas that could not be reached by digital signals, where only analog technology works and the latest control tools cannot be used to scrutinize us.

Of course, there will be ways to circumvent this. We are not so naive as to not understand that these spaces could be controlled all the same, perhaps using more traditional instruments. But this approach would help us be clear about a fundamental principle: that a city that is capable of watching us will not necessarily make our world better. It will make it more efficient, perhaps, but not necessarily smarter, and a lot more complex and dangerous.

Luigi Prestinenza Puglisi is an architectural writer, critic and president of Associazione Italiana di Architettura e Critica (www.architetturaecritica.com). He is director of the weekly presS/Tletter (www.presstletter.com), an editor for Le Carré Bleu, and he was the chief editor of the international magazine Compasses (www.compasses.ae). His many books include: HyperArchitecture, Birkhäuser and New Directions in Contemporary Architecture. Evolutions and Revolutions in Building Design Since 1988, Wiley. His writings can be found at http://www.prestinenza.it. 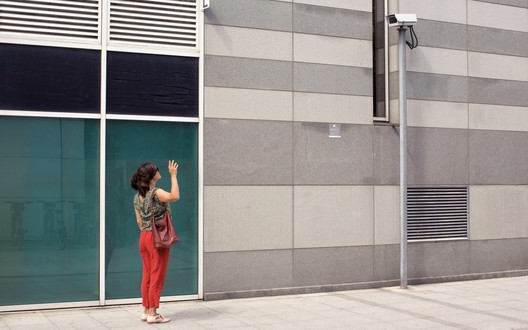