If the 1991 Gulf War marked the beginning of electronic media warfare, the recent armed conflicts in the Middle East have highlighted an equally central role of social media. Platforms such as Twitter and Facebook have long been used to galvanize protest movements, organize assemblies, and spread information. During the decade from the Arab Spring movement to the Syrian civil war, the role of social media has grown from a utilitarian infrastructure to the principal medium of conflict. Today’s version of Jean Baudrillard’s “war porn” comes as battleground footage recorded by smartphones and drones mixed with propaganda messages and pop culture references to computer games and internet memes. As documented by the journalist Abdel Bari Atwan, mercenary groups plan military operations according to their expected media impact on followers, opponents, and foreign funders. Sometimes, fights are entirely staged to collect persuasive footage.

In this context, a diverse group of amateur visual forensics experts has emerged, studied by scholars such as Laura Kurgan and the Forensic Architecture Initiative. During the battle of Aleppo in 2016, activists used drone footage to document and bear witness of the destruction in their hometown. Meanwhile, on the internet, a distributed collective of conflict mappers skims through information posted on various social media channels to verify claims by the conflict parties and make sense of the shifting front lines. They extract clues about time and locations by cross-referencing the footage with satellite images, for example, by identifying the shapes of characteristic buildings. Based on their findings, they create detailed real-time maps and disprove propaganda by the conflict parties. In many cases, intelligence agencies have drawn from the insights of the collective.

In a recent article, I have argued that the visual language invented by these amateur experts break with the traditions of information design and cartography. Their cartographic choices do not follow the goal of creating the best and clearest representation of a data set, but of making the process of data generation and spatial reasoning legible. Rather than using the generic language of data visualization, collectives such as the “Institute for United Conflict Analysis” create visual assemblages of screenshots, satellite footage and other sources, only lightly annotated to highlight identical elements and perspectives. Sources are left unmodified as a testament of their authenticity. Conflict maps are not intended as canonical and universal representations of reality, instead they play a transient and contextual role in the discourse. They are constantly changed and updated, never considered finished. Fragments of impromptu maps are exchanged on twitter and online forums to resolve disagreements over locations depicted in footage. Participation in this discourse requires considerable of skills and geographic literacy — the maps are not made for instant consumption. In this performative and non-representational mode of cartography, the viewer has to do the work of the cartographer; connect the dots and draw conclusions. By using visual artifacts of the medium as clues of authenticity, the representation highlights the material rather than the abstract qualities of information. While traditional cartography is based on generalization, the lens of forensics strives for individualization: not two things in the world are the same if one only looks close enough.

Using social media remains a risky proposition for conflict mappers and protesters alike, as the current events in Shenzhen’s immediate neighborhood illustrate. The Janus-headed platforms are, at the same time, effective megaphones and instruments of surveillance and control. Driven by the ubiquity of computational cameras carried by people and embedded in the environment, online communication has become even more visual. This development has allowed activists to “let images speak” while remaining anonymous but has also exposed them to new threats such as facial recognition technologies. Despite the global uniformity of platforms, the online tactics of activists depend on the local situation and are locked into a perpetual arms-race with their adversaries. While activists of the Arab Spring such as Sami Ben Gharbia focused on finding niches in the media landscape that have not yet caught the attention of the governments, current protestors struggle with cybersecurity, obfuscation, and strategies of maintaining anonymity in an urban environment saturated with connected imaging sensors at the fingertips of authorities. Still, the varied practices on digital media platforms defy simple characterizations. When trying to understand the roles of digital media platforms in conflicts, it is worth adopting the forensic attention of conflict mappers rather than subscribing to the idea of platforms as neutral infrastructures that offer what Donna Haraway described as a disinterested view from everywhere and nowhere.

Dietmar Offenhuber is Associate Professor at Northeastern University in the departments of Art + Design and Public Policy, where he heads the Information Design and Visualization graduate program. He holds a PhD in Urban Planning from MIT, a MS in Media Arts and Sciences from the MIT Media Lab, and a Dipl. Ing. in Architecture from the Technical University Vienna. Dietmar was Key Researcher at the Austrian Ludwig Boltzmann Institute and the Ars Electronica Futurelab and professor in the Interface Culture program of the Art University Linz, Austria.

His research focuses on the relationship between design, technology, and governance. Dietmar is the author of the award-winning monograph “Waste is Information – Infrastructure Legibility and Governance” (MIT Press) and published books on the subjects of Urban Data, Accountability Technologies and Urban Informatics. His PhD dissertation received the Outstanding Dissertation Award 2014 from the Department of Urban Studies and Planning at MIT, his research received the Best Paper Award 2012 from the Journal of the American Planning Association and the Ascina Award 2017. 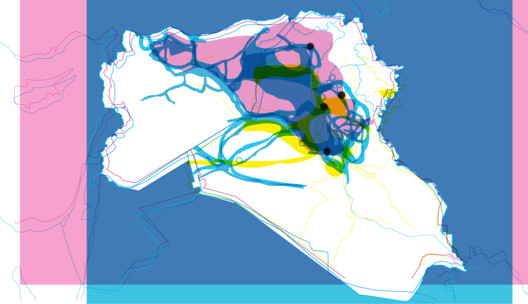