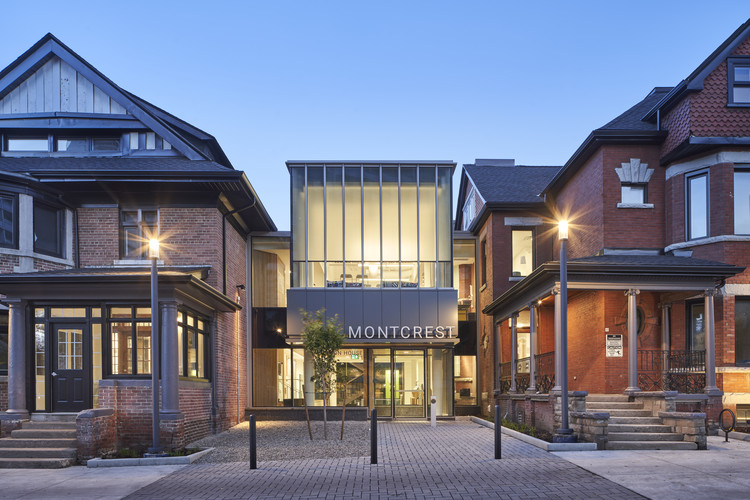 Text description provided by the architects. The Montcrest School Redevelopment is an adaptive reuse project that spans three neighbouring heritage-listed homes acquired by the independent school over the last 50 years.

The intent of the design scheme is to improve the quality and functionality of the learning environment without extensive demolition or character-diminishing renovations. Rooms within the houses have been converted to smaller break-out rooms and administrative offices, while a new infill volume provides expanded technology enabled classrooms and purpose-built facilities for science, art, music and inter-disciplinary iSTEAM programming.

It also offers a much-needed Student Commons for larger formal and informal student gatherings. Indoor spaces are complemented by a feature Learning Garden, nestled in the courtyard created by the addition. This organization yields maximum value of the existing land use and a more effective campus well suited to the needs of a school community engaged in 21st century education.

The scale and character of the infill volume was carefully considered and began with a study of the elements of the neighbouring façades, which yielded a similarity of compositional parts. The horizontality and human scale of the lower level combine with the verticality of the upper level to create an elevation compatible with the streetscape pattern and local urban fabric without replicating it.

Applications of glass give the volume a refined, understated quality that complements the bold brickwork and heavy structure of the existing houses. Coupled with a newly defined forecourt, it serves to strengthen the School’s identity, animate the street front and contribute to ongoing community improvements. 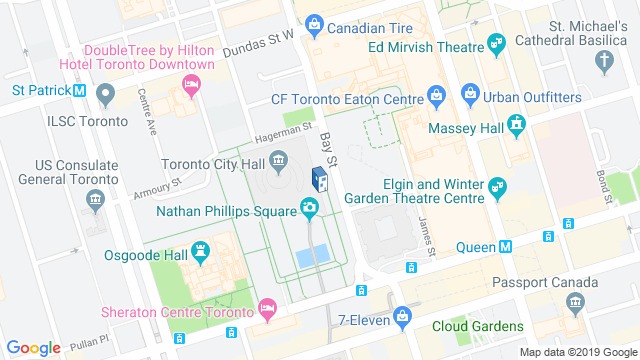