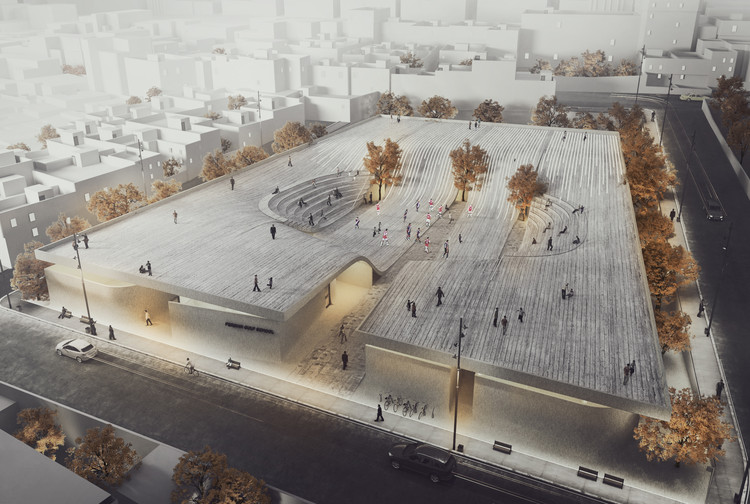 CAAT Studio have developed the project's layout in a way that as people move from the end of the project to the adjacent wall, the uses turn from educational to the public. The theoretical and practical classrooms are located at the end of the site. The central part includes a lab, workshops, libraries, and a computer site. Towards the entrance, public spaces such as the amphitheater and gym are located.

The proposal is expected to reduce the costs and land use, as well as transform the project from a temporary function, which is active only half a day, to a vibrant and dynamic urban space.