Photographer Paul Clemence has captured a series of new photographs featuring Herzog & de Meuron's new Conrad Hotel. Sited in Washington D.C., the project worked with a range of height and volume restrictions to create a monolithic volume with subtle detailing. Showcasing the hotel's mirrored facade and interiors by Rottet Studio, the photographs from Paul and ARCHI-PHOTO capture both the project’s exterior and its signature interior atrium. 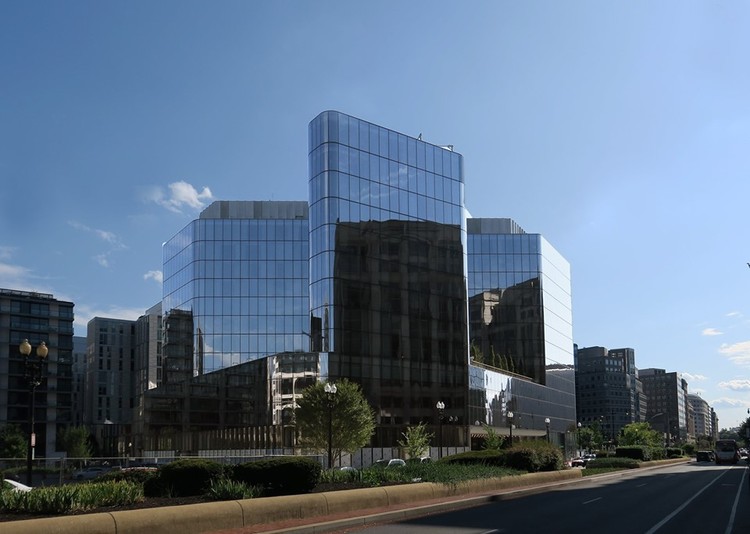 Herzog & de Meuron's approach to the hotel centers on a mixed-use public-private development plan with the final parcel in the multi-building complex. In focusing on the client’s brief and maintaining an engaged relationship to the L’Enfant city masterplan of DC, the team developed an architectural solution that uses the regulations of the district as opportunities rather than as constraints. The project site is adjacent to a city park resultant from the intersection of the broad diagonal of New York Avenue and the cardinal grid of the city just north of the monumental core of DC. The project design embraces the key elements of the city plan at the scale of the building plan itself. By mirroring and transposing the diagonal axis into the building, the team set out to define a pragmatic system to organize the various mixed uses of the program and the shape of the building volume.

At ground level, ribbons of curved storefront glass wrap a band of retail spaces to engage and activate the public sidewalk while reinforcing the street front. The convex shape of the glass also engages with the scale of the pedestrian. Above the retail, the conference center at level 2 is the only floor built-out to the property line and forms a plinth upon which the hotel levels are delineated above. Elevated garden terraces activate the adjacent functions of the hotel reception and public spaces. The inward-folding facades at the upper levels provide the advantage of increased daylight exposure for all the hotel rooms while maximizing the FAR.

At the interior, the center of the hotel volume is carved out as a day-lit void to connect the public space program along the vertical circulation of each of the hotel room floors. It is this hidden and discovered sculptural heart of the planning which provides a unifying orientation to the guests of the hotel from the conference center up to the crown of the roof deck. 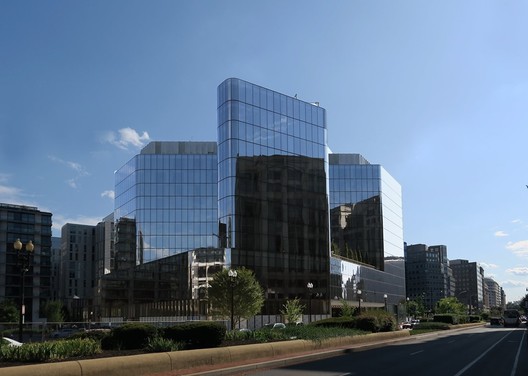