Nowadays materials are requested to play a more engaging role in the digital society.

They can be customized down to their molecular properties and this capacity has an enormous impact on related fields of science, but they also need to be interpreted in their meaning thanks to our ‘semantic capital’, as Luciano Floridi said.

We cannot reduce materials to their property and performances as, as humans, we use them to interpret the world, they are our continuously changing material culture to find an equilibrium between nature and built environment.

We can thus foster a new ‘material balance’, as a design equation, completely rethought for architecture, to take into consideration the future impact we carry on earth and which scenarios we can foresee.

In a purely scientific sense, material balance refers to the renowned equation of the ‘mass balance’, which is an application of the conservation of mass in the analysis of physical systems.  By accounting for material entering and leaving a system, mass stays and cannot disappear or be created spontaneously.

This equation is widely used in engineering, chemistry, environmental impact assessment and complementary in energy, population and other major complex systems, often linked to entropy.

Material Balance for Design can be an innovative Design Theory that arbitrary but newly, interpret the equation looking at which input we put in the world through design, what we do generate with the materials we use in architecture, which are the systems we build and how can we deal with consumption and accumulation.

Here is the new equation

Accumulation is one of the major issues of contemporary practice as it can become waste, thus impacting the planet, but can also be directed in order to be heritage, knowledge and equilibrium instead of waste.

A complete new equilibrium that is enhanced by digital technologies that allow us to understand at microscopic level how nature works, to embed its characteristic in the design and at a macro level of the city how to have a positive impact on the environment.

In this sense, the eye of the city can be a guarantee of performing a correct relation with the climate and bio-diversity.

An example is a project from Material Balance Group called ‘STRUNA’ – STRUTTURA-NATURA.

STRUNA is a tangible answer to a series of important interrogations, which could be summarized in the question “Are we ready to host nature?”. This question recapitulates a trend which is more and more shaping our contemporary society, worried about the causes and the consequences of climate change, and an evolution in values which – detaching itself from the anthropocentric view which has been almost ubiquitously dominating starting from the Renaissance – aims at the development of a complex world-cultural ecosystem.

Specifically, the (infra-)structure is a slinky shape of a “wall” of around 8 meters long and 5 high, which aims at allowing to make the best use of spaces as a “common home” to vegetal species, and at the same time to increase the well-being of the human inhabitants through, we would say, “positive externalities”.

The structure is multi-functional, and it is studied so that it can adapt to the space and regulate important parameters, such as: the quantity and distribution of light – which depends on a transparency gradient of the material and on the opening coefficient of the modules – the permeability to air and sight, the geometric conformation – which is modular and can follow infinite paths – the quality of air – which benefits from a positive balance between “consumed” CO2 and yielded oxygen.

It is then almost an infrastructure, that allows for the coexistence of different plants and functions in a formal synthesis of simple complexity, and can be monitored daily in terms of CO2 and pollutants absorbtion.

STRUNA allows the cultivation of three species of micro-algae – Spirulina (blue-green), Chlamydomonas (green), and Haematococcus (green to red) – which, in turn, produce nutritional substances in a much higher percentage than comparable vegetal cultivation or animal farming, allowing to harvest – respectively – proteins, polyunsaturated fat Omega 3-6-9 and the antioxidant Astaxanthin.

This is just a possible example of an infrastructure for the city that can have an impact on how people breathe, live, eat and behave, and that can use the digital environment to continuously adapt to climate.

A Material Balance that has no waste for our future generations.

Ingrid is phd in Building Technology @Politecnico di Milano, and has been research associate @MIT during her phd studies on the topic of Innovative Building Envelopes (tutor Leon Glicksman).

She is an experienced researcher on Innovative Technologies and Emergent Material Systems , with experimental works and theoretical studies on material culture and digital design in Architecture, Engineering and Construction.

She is Coordinator of the Research Unit MATERIALBALANCE www.materialbalance.polimi.it and  Director and Co-founder of Actlab, Researches LAB @DABC www.actlab.polimi.it Politecnico di Milano University.

She is delegate for the Dean for Expo2020 Dubai.

She holds strong and long lasting relations with partners and stakeholders for cutting edge customized industrial researches, public and private, some of which are patented.

She has written books and articles on international journals on her research topics.

She fluently speaks French, Italian and English, basic knowledge of Swedish and Arabic. 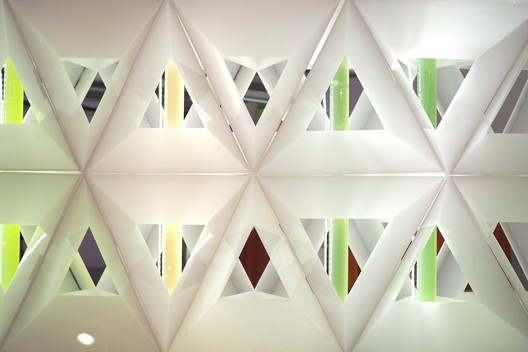