We call it Sucucho, and it is a home-studio. Sucucho is an ironic way of referring to what we were aiming for when we designed the house. The initial objective was precisely that, to design and execute a dwelling-sucucho, understood as a small space consisting of housing and working space. The irony is, that if a sucucho refers to something precarious, poorly lit, poorly ventilated, our imperative was, from the beginning, to achieve precisely the opposite, albeit achieving this in a limitedly sized space. This would allow us to afford it in the economical and contextual conditions at hand: a house on a lot in Rosario, discarding in this sense the prospect of migrating to the metropolitan area, a rural-urban transition, common in recent years as a way of acquiring lots at affordable costs.

With this starting point, we built a house on an urban lot of 4x4 m, finding a line that intersects desire, ideal and concrete resources. Between the continuous weft of brick elements of different opacities and the subtraction of volumetric mass, there is a search to configure the space as a pause, an intermediate point, in the transition between tangible material and intangible material. The borders are made up of surfaces of light, of the opacity of the continuous brick frame, or of transitions between situations. The perception of the spaces at eye level is relativized with the difference of heights, contrasts and oppositions.

There is always a relativization, a divergence, between what each space is objectively - a reduced footprint of 4×4m - and its subjective result - the living spaces. We question the extent to which the qualities of light, visuals, spatial eloquence, optimization of equipment and furniture, can enrich not only the perception but also the use of spaces that in other conditions would be much less desirable to stay in, to live in.

In these contemplations, succucho means an ever-present experimentation. It takes place as a dialogue between what we believe - ideally - and what is possible - concretely. It is a constant questioning of our positions and ideals regarding what we understand we should be and do as architects, regarding the role of housing today and facing the question about what the ideal contemporary city is today. 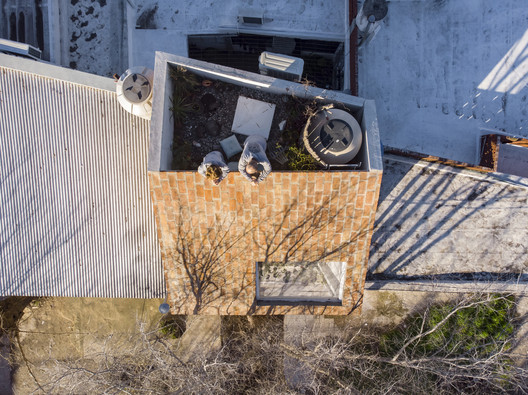