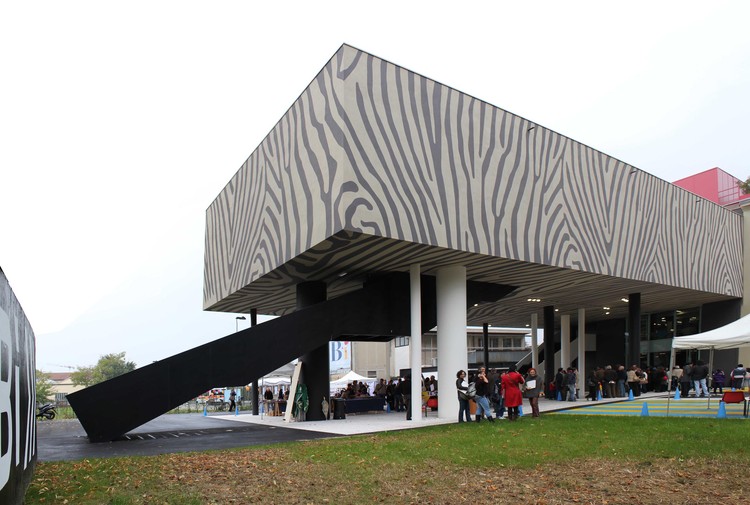 Text description provided by the architects. The conversion project of an ancient industrial building into a museum must be conceived beyond the functional renovation and upgrading, as it involves the building change of use and consequently its urban, social and cultural role.

We have preserved the disused factory's architectural severity as container, once rationally conceived to enclose a manufacturing space, while now its new appearance, still a factory but generating ideas and not any more manufactured goods, produces the opening and the belonging to the outer space, to the urban and social fabric of the city.

The old structure has been re-interpretated during the design process as a huge chest of drawers, from whom new volumes have been drawn out as if they were ideal receptacles for toys.

The strong contrast between the existing, carefully restored, and the new extension, intended as contemporary expression, is evident. A new whole, set between conservation and renovation, function and imagination, able to get the role proper for a museum and thus to became a landmark in the surroundings.

From the existing building, a cotton-mill of the 1900th, a new suspended volume is stretching out to cover the new public space.

The functions (toys museum, children library and theatre) are arranged inside the existing envelope, reinforced by a giant order of concrete walls conceived to strengthen the old factory and support the new volume. The conic skylights are getting out, as magicians' hat, from the museum box. At the ground floor level the hall, where the coffee bar is placed, brings into the main distributive system and to the theatre entrance.

All along the hall, facing the square, a double height slice reminds the original size of the industrial space, whose height has allowed to create a mezzanine where the children library is located.

At the last floor there are the museum exhibition, the workshops and other spaces for the museum and theatre activities. The main vertical connection is realized with a double steel stair with crossed flights.

A modular toilet facilities block, painted red, is located at every floor and divides the central stair hall from the contiguous activities.

The central staircase leads to the top of the building, where it's possible to get out on the roof through a simple long flight lightened by a side full-length window.

All the plants and the services areas, painted red, are located on the roof, surrounded by metal panels and foliage reducing the visual and acoustic impact of the equipments.

The entrance is in a sheltered area, covered by the museum box. This big outer hall crossed by the urban road is the way the building relates to the city. The new zebra-striped volume clearly declare indeed the new activities taking place in the cotton mill.

In the sheltered area there are the two steel escape stairs of the library and of the museum that, running parallel to main facade, come out from the building and cross diagonally the outer space.

In the external areas the idea of giving the space a new social and cultural role has been carried on and it is expressed as the prosecution of the activities that take place inside but at the same time as a public space usable by the whole community.

The urban graphic symbols are used to point out directions and areas and to emphasize the playful and recreational aspect related to children, the real users of the building.

In a simple, intuitive and clear way, the game theme is proposed through the representation of signs belonging to the collective imaginary: snakes and ladders, tic-tac-toe, chess and hopscotch. 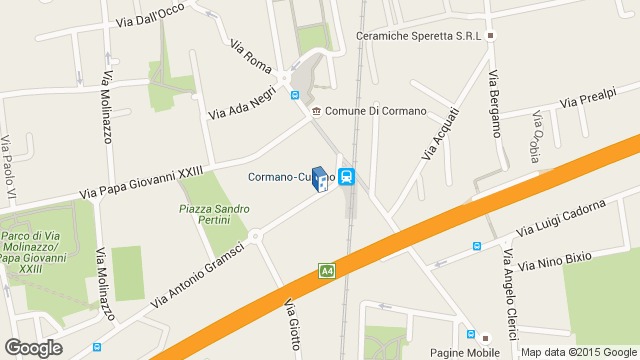 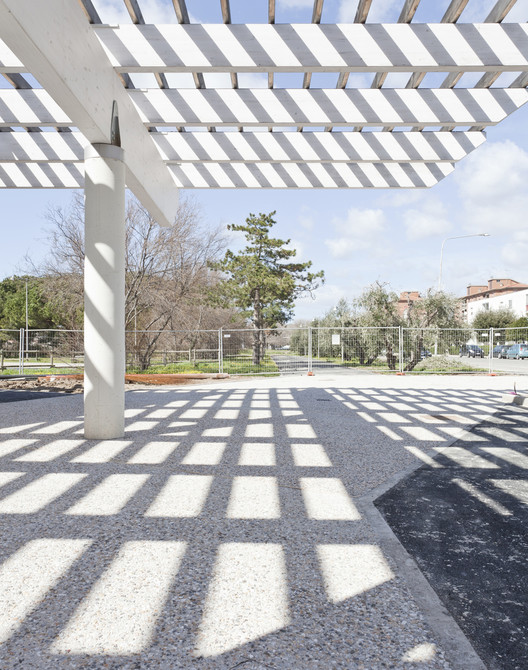