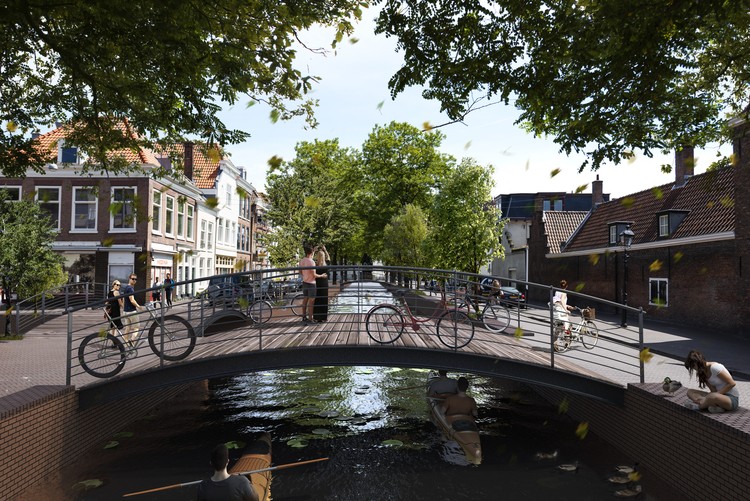 The Hague, the governmental center of the country, had its canals filled between 1910 and 1970, like a lot of other Dutch cities, and some of its neighborhood demolished in order to create more roads for motor mobility. Community initiatives called upon MVRDV Partner Jan Knikker, to participate in their endeavor to reclaim these spaces. Circumstantially, “MVRDV drew up a vision to reopen the canals, building upon the work of the inhabitants”.

All over the world, neighborhoods like the old center of The Hague form the backbone of tourism and provide an identity to a city, but in The Hague somehow this ancient and incredibly charming area was forgotten, […] The area offers the unique chance for an urban regeneration that will improve the local economy and make a leap forward in the city’s energy transition. -- Winy Maas, architect and co-founder of MVRDV.

The proposal of MVRDV, the third project in which the firm has participated on a non-profit basis with local communities, was based on studies of the historical canals by local firm BAU architects. The project, simple and realistic, “envisions the restoration of the main canals and has drawn up plans for the minor canals which are either dead-ends or lost due to underground works or buildings”. Generating urban activators with very diverse functions that anchor the athletic status of the city, like swimming and surf canals, MVRDV also combined their proposed project with the “Spinoza Power 2.0”, a vision created by the local community, already in progress.