Save
Austrian Stadium is Transformed into Giant Forest
Share
Or
Copy 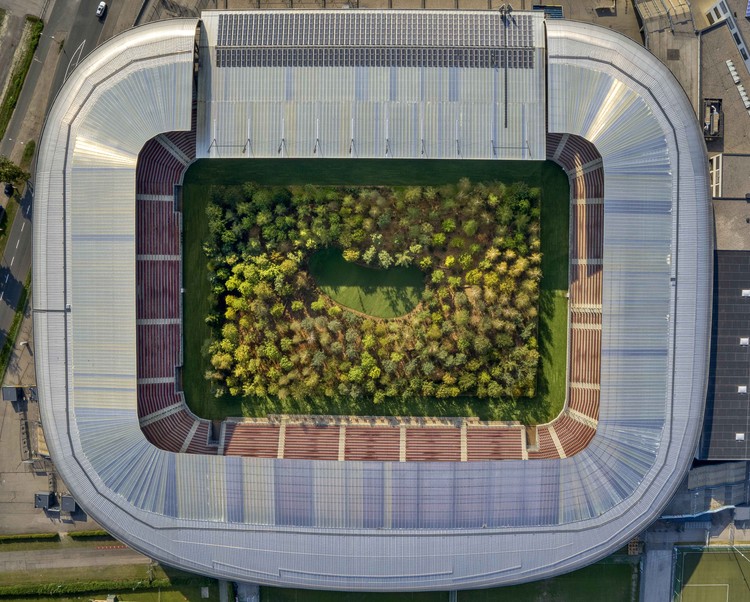 On September 8, 2019, Austrian’s largest public art installation to date opened to the public. Titled FOR FOREST – The Unending Attraction of Nature, the artwork transforms the Wörthersee Football Stadium in Klagenfurt into a native central European forest. Conceived by Swiss curator Klaus Littmann and inspired by a dystopian drawing by Austrian artist and architect Max Peintner, the installation advocates for pressing contemporary issues such as climate change and deforestation. Through the structural containment of this massive forest, it suggests that nature may someday only be found in specially designated spaces, as animals are today in zoos. Landscape architecture was supervised by Enea Landscape Architecture.

As an artwork, FOR FOREST is an incredible feat. Containing almost 300 trees, some weighing up to six tons each, the installation fills a space designed for up to 30,000 spectators. It contains an extraordinarily diverse range of species, including silver birch, alder, aspen, white willow, hornbeam, field maple, and common oak. As seasons change, the forest is expected to take on a life of its own, attracting wildlife and changing colors. Even throughout each day, the work will form an ever-changing panorama of experiences as day transitions into the night and natural lighting succumbs to floodlights.

Once the temporary installation closes on October 27, 2019, the forest will be carefully replanted on a public site close to the original stadium, remaining as a living ‘forest sculpture.’ An accompanying pavilion will document this transplantation and the project as a whole.

FOR FOREST marks the beginning of a series of related events and exhibitions throughout Klagenfurt: these include the joint exhibition Touch Wood at the Museum of Modern Art in Carinthia and the Stadtgalerie, screenings of Herzog’s Fitzcarraldo, Boote’s Plastic Planet, and Haft’s The Green Planet at the Wulfenia Cinema and CineCity, and a series of further art projects including exhibitions by the Lendhauer Association and performances by Vada and the Vienna Burgtheater. 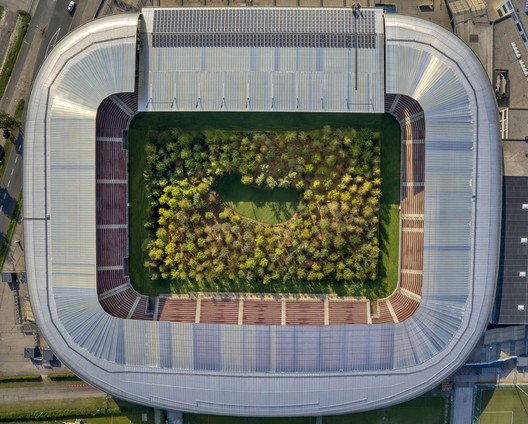