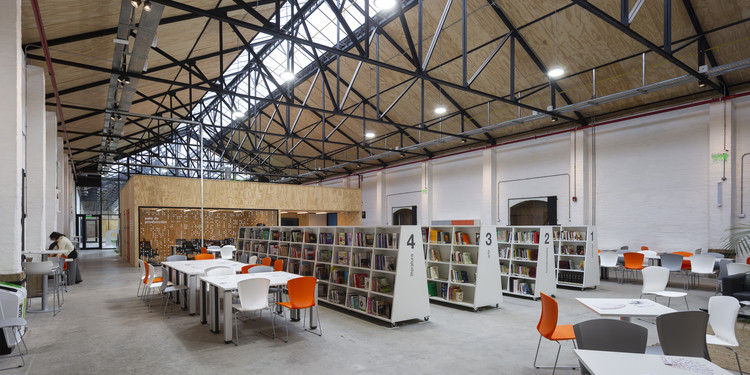 Text description provided by the architects. The Park Station responds to a need of the residents of the districts of Balvanera and Almagro by adding a new public park in these two communities, which have a lower amount of green space per inhabitant in Buenos Aires.

The project is the result of a dialogue between residents, community members, legislators and the multidisciplinary team of the Subsecretary of Projects of the Ministry of Urban Development and Transportation. The intervention was carried out in two stages in the area framed by the streets Sánchez de Bustamante, Av. Díaz Vélez, Gallo, Pte. Gral J. D. Perón, Dr. Tomás M. de Anchorena and the Sarmiento railroad tracks.

The project consists of 9,093 m2 to be used for public space, which was developed in the first stage, and a 205m long by 18m wide pavilion for hosting a program of cultural and sports activities, developed in the second stage. The existing complex dates back to the early twentieth century and was part of the Once de Septiembre rail yard, considered an Area of Historical Protection.

The pavilion is composed of exposed brick walls and a french tile roof on a metal structure, typical of railway architecture. 3,830 m2 of its area is covered and 1,400 m2 semi-covered. The site has elements of a second, already dismantled pavilion, two main walls and two access gates to the old railway complex located on the streets Perón and Gallo.

The participatory activities with the residents of the involved communities helped to define the general nature of the park - the predominance of green areas and the use of native vegetation - and a three-part program for the pavilion, consisting of a neighborhood-scale library, a greenhouse, a sports hall, a multipurpose room and offices for the Advocate for Children and Adolescents.

The proposal for public space poses the elimination of the physical barrier generated by the retaining wall on the streets Perón and Anchorena. By using the topography of the slope, visuals and access to various points of the new park are articulated, comprising an area of 5,500 m2 of green spaces and herbaceous vegetation with fifty-five new native trees that favour the conditions of a biodiverse ecosystem.

The two main walls of the dismantled pavilion and the existing access gates were maintained and integrated into the park as part of the urban equipment. The park has a green amphitheatre, a skating rink, a playground, outdoor sports areas and urban furniture for rest and recreation.

The proposal for the pavilion is based on valuing and conserving the spatial properties of its typology and its original materiality (brick, metal structures, french tiles). The general idea of the intervention seeks to facilitate the flexibility and versatility of the pavilion for its new uses. In order to organize the space, a series of internal courtyards were created to divide the new pavilion's total length into three sections. These courtyards grant independence and flexibility to each section.

The stained-glass facades inside each courtyard guarantee natural lighting to the interiors without affecting the original facade of the building. The interiors are articulated by a series of boxes, independent of the envelope, which contain the different services and activities. These were conceived with a modular system of light dry construction using wooden frames with glass, wood and plasterboard with the installations visible between the trusses. In this way, the various programs that the pavilion houses are developed in a neutral and flexible way. 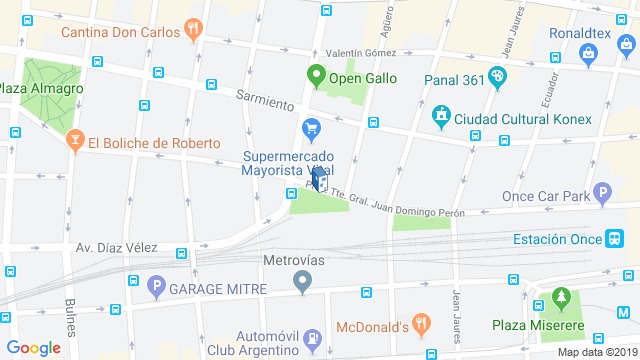 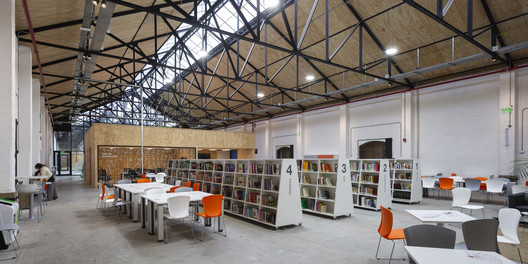