Save
Thoughts on Cities and the Human Body - Eyes and Ears of the City / ZHANG, (Brian) Li for the Shenzhen Biennale (UABB) 2019
Share
Or
Copy

The human body, at least in terms of anthropomorphic ideals, was in the centre of western architectural debates from Greco-Roman times up to the Renaissance. Although the very concept of the body didn't come as explicit in traditional architecture writing in the east, the notion that the body (or, the envelope of the soul) connects the mind and the physical world was constantly revisited and reinterpreted.

In his mid-18th-century masterpiece, Laugier proposed the idea of comfort, or convenience, as one of the pillars of the essence of architecture, linking the human body (physics) with architecture necessity, albeit more from a scientific point of view. While this approach may have helped the human body to remain architecturally relevant in a world rapidly moving to industrialisation and modernisation, its reductivist mentality could do little to the marginalisation of the same topic, when the visual (of architecture and cities) eventually ruled in mass consumerism culture, both in late industrial and post-industrial times.

Although a big chunk of late-19th-to-20th-century philosophical writing is aimed at this crisis, it was Pallasmaa's epic treatise at the turn of the 21st century that reinstated the human body to its central position in the core debates of architecture, particularly in those investigating the phenomenology and the poetics of microcosm built environments. One question remains unresolved nevertheless, which is the human body and space on the contemporary urban scale, physical and virtual. Considering how technology (AI in particular) is reshaping our urban infrastructure, and will reshape our urban cognitive structure come what may, the question seems urgent.

The first topic is on the microcosm scale, which is the closest to individual human bodies. The key point of interest here is the synaptic quality of any built environment interface [pic.1]. An extension of Pallasmaa's inquiry, a scientific gathering and reading of data of how our bodies will react to the different touches and setups of surfaces will help hugely in the understanding of the mechanism of our body memories of the urban spaces. It will also provide us with tools, or at least means to them, of countering the growing dominance of the visual in contemporary cities. Our proposed installation in UABB 2019 at the metro station in Shenzhen is directly linked to this topic.

The second topic is on the intermediate scale, which is bigger than an individual human body, but small enough to be related to its movement for a sustained period of time. The key point of interest here is the design of systems of passes, crosses and loops of human body movement within an urban cluster. If the underlying idea of making the human body move in the creative and healthy way for a sustained period of time is not that different from the old idea of public parks and open spaces, the spatial typology it tries to advocate, namely hybrid spaces for physical activities, playfulness AND daily routines, is. Our growing sedentary lifestyle, a product of this doing-everything-through-internet era [pic.2], cries out for the overhaul of existing spatial typologies, and the definition of new ones that drive the human body to act again.

The third topic is on the urban scale, which is far bigger than individual human bodies, and addresses human bodies of the city in big numbers. The key point of interest here is the potentiality of the human body in coordinating technological advancements and the vulnerability of the human body before malicious technological abuses. Autonomous driving infrastructure can change the way we take movement in our cities and may prefer standardised body movements than improvised ones. Facial recognition, bio-feature identification, and body movement reading programmes have the potential of improving safety and security in our cities but can also help to block access to certain parts of our cities[pic.3].

We believe the proposition of the liberty of the human body in the city is very relevant to the overarching topic of the UABB 2019 Eyes of the City.

Zhang Li is a Professor of Architecture / Associate Dean in the School of Architecture, Tsinghua University, China. He leads the design office Atelier TeamMinus in Beijing. He is a standing board member of the Architectural Society of China and the Editor-in-Chief of the Chinese magazine World Architecture.

Zhang Li’s field of interest is human body and space, and the design of proactive urban spaces.

Zhang Li has been a visiting professor in Politechnico di Torino (2017), Syracuse University (2012), and NUS (2010). He has been invited to lecture in GSD, HKU, Berlage, and many other institutions. 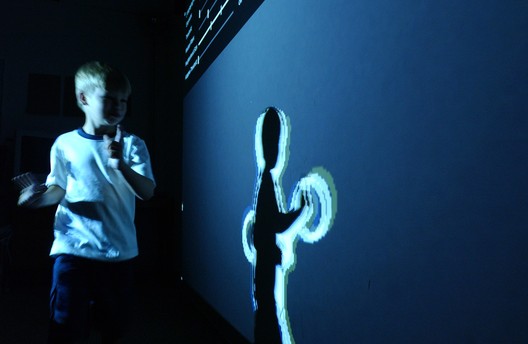