Hong Kong is considered to have one of the most exceptional skylines and urban schemes in the world: contemporary skyscrapers stand amidst the mountains and harbour, ancient houses nestled between futuristic structures, neon lights, landscapes... But among Hong Kong's numerous remarkable architectures, its spatial typology of death is like no other.

Over the course of five years, RIBA-nominated architectural photographer Finbarr Fallon captured the hyper-dense graveyards of Hong Kong, showcasing the sublime geometry of its mountainside burials in a series titled "Dead Space". 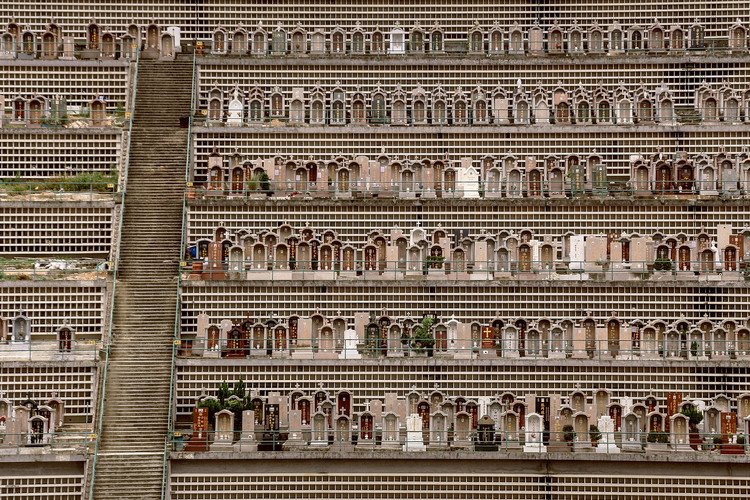 The graveyards occupy the area's mountainsides as a response to its extreme urban density, as well as Chinese Feng Shui traditions. As congested as these tiered terraces may seem, but the graveyards are in fact extremely over-priced, making them unattainable to many. In addition to the expenses, there is also the obstacle of space constraints, which is why the Hong Kong government is now encouraging cremation instead of burials. Today, these graveyards represent an abstract intersection between tradition, eternal life, and modern-day demands. 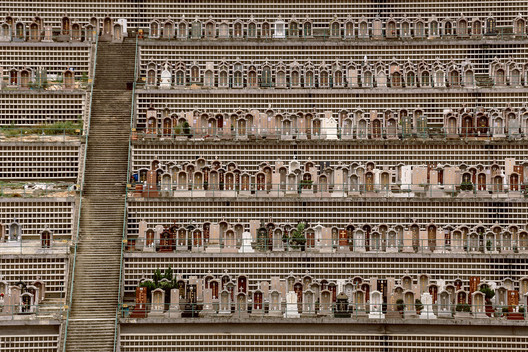