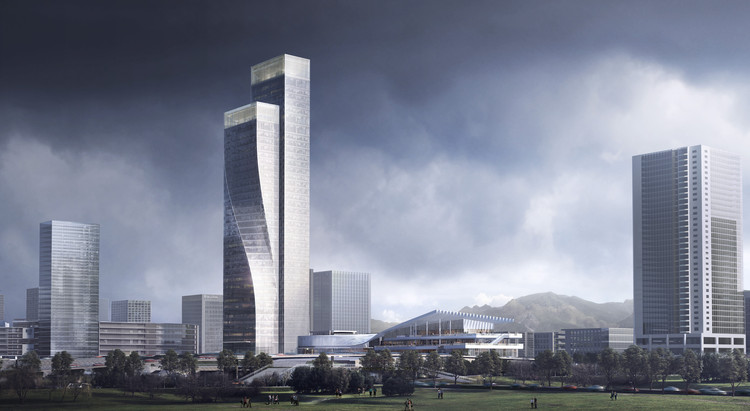 The Chongqing Gaoke Group Ltd Office building designed by Aedas has reached new heights as construction progresses, and the project is taking form in the urban fabric and the city center’s skyline. Standing tall at the north of Xingfu Plaza, in Jiangbei District of Chongqing, in the southwest of China, the high rise introduces a vibrant and dynamic movement in the surrounding.

This project is scheduled for 2022, and is expected to become the world’s “Most Twisting Towers”. The vertical façade, with its linear curvatures, creates a unique and fluid visual effect. With a fully developed context, the challenge was to integrate the towers in the existing surrounding, while being iconic.  The project connects to the existing shopping center through the underpass at the west of the plot, whereas the retail podium sits adjacent to the public plaza on the south, putting in place diversified outdoor spaces.

As an open public space, the tower has all the credits to be a city icon. The significant twisting of the facade will catch everyone’s eyeballs. […]The façade is not only an outlook expression, but also a way of protection that sculpts interior spaces

The design of the facades is inspired by the dancing aurora. Linear and non-linear movements counterbalance the edge and softness of the façade. The impressive design generates bottom-to-top connections between the northern and eastern sides. So-called ‘ballet of light’ by the architects, the towers put in place a mixture of rigid forms and curved lines, offering diverse and ever-changing perspectives of the building. The curved façade shines night and day, creating a constant playful, vibrant and glowing point of attraction.

Regarding the angle of torsion, “the maximum twisting degrees is up to 8.8 per floor, noticeably surpassing existing super high-rise tower in the world by nearly 1.5 times”, poses a major challenge for the overall façade system. This is why the designers adopted the system of cold bend glass technique on 3D frame façade component, enabling a maximum of 86mm in glass deviation, and BIM on complex geometry façade, in order to adapt to the changing geometric parameters and dimensions, while fulfilling requirements on safety, waterproof and thermal performance. 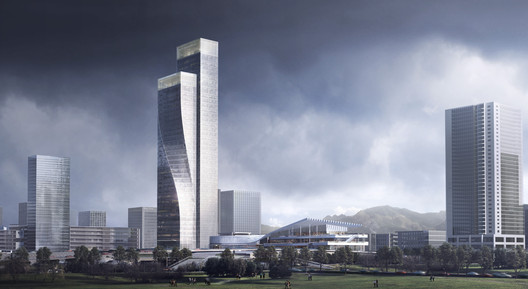