Save
Is Feminism Compatible With Architecture and Urban Planning?
Share
Or
Copy 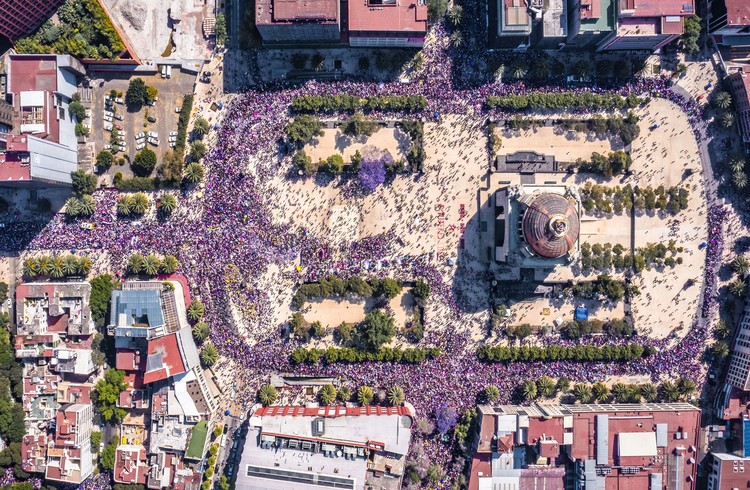 The feminine experience and its contributions in different fields of knowledge have experienced increasing acceptance, being mostly praised. The voice of architects, academics, designers, urban planners and activists has gained strength in view of the relevant reception of issues such as inclusion and gender perspective, in the face of challenges that test the great cities of the world and their inhabitants. Every March 8th – the day women take to the streets as an act of resistance and the exercise of citizenship – there are some brief reflections that highlight the link between the cities and their political-social events, as well as in related disciplines to architecture and urbanism.

Whether feminism is compatible with architecture or not, has been one of the discussions that contain conceptual complexities, both for theory and architectural praxis. Since the subject began to be theorized by feminists of the second wave throughout the second half of the twentieth century, it was only thanks to the work of women immersed in social sciences, that the androcentric bias began to be visible that for centuries always conceived the world in a masculine way, an issue that has had an impact on the spatial configuration, since space also reproduces ideology.

However, 111 years away between the misfortune that occurred on March 8, 1908 in New York when industrial seamstresses of the Cotton textile factory, go on strike, due to precarious working conditions and lack of labor rights, which they obtained was the most violent response possible when the owner who decimated their lives by setting fire to the workers inside the building. Nuria Varela explains in the book Feminism for beginners, that the fabrics on which the workers worked were violet. That is why the violet glasses metaphor is used, to indicate feminism has an approach that makes visible asymmetric relationships in the social contract.

This approach allows contemplating a series of variables and factors that influence the behavior of society and other structures that reproduce and perpetuate the characteristics of the patriarchal system, that is, a hierarchical structure in which men enjoy privileges and exercise power. over other individuals through blood ties and established covenants. The discussion today revolves around the forms of violence that take place in what par excellence constitutes the public space: the streets, squares and transport in its different modalities as part of the urban infrastructure. All of the above are places where the complaint of sexual harassment has increased over the decades, despite campaigns against violence.

The bloody episode mentioned above reflected a constant that has not changed, which is the obscene inequality in terms of individual rights and guarantees. Already in the 18th century, the female french citizens sought to be included in the Declaration of Man and Citizen, a document that claimed principles such as equality, freedom and fraternity, but excluded women. These historical details are not disconnected from what is happening on the streets today, a scenario in which at least 10 femicides occur per day, according to statistics from INEGI, the UN and other organizations such as the Coalition against trafficking of women and girls in Latin America and the Caribbean and the National Citizen Observatory of Feminicide.

Thinking about those who plan the spaces allows questioning the functions the city fulfills due to certain interests and assessing the habitability conditions, not only from the technical aspect but also from the degree of collective appropriation. On the other hand, to think of the territory as a socially produced space, in Lefebvre's word, gives the opportunity to contemplate architectural interventions not independently of the behaviors of those who inhabit the cities and the latent gender violence.

Every March 8 (#8M), a march is called in commemoration of International Women's Day, to show the right to enjoy the urban environment freely, as well as claiming the right over the body, main vehicle through which we interact with the environment and respond to its stimuli. Incorporating the feminine vision into urban planning allows contemplating problems that had not been thought of before, as well as implementing strategies that mitigate violence from architecture and urbanism. Transgressing through disobedience and questioning what violates the enjoyment of the city not only as an aesthetic experience but as a human one, transcends the gender issue since women constitute half of the world's population.

Parvin Alexandra Camal Segundo is an architect graduated from the Faculty of Architecture of the National Autonomous University of Mexico UNAM with interests related to teaching and research around Architectural Theory and Gender. Winner of the 5th Thesis Contest on the phenomenon of discrimination by COPRED. 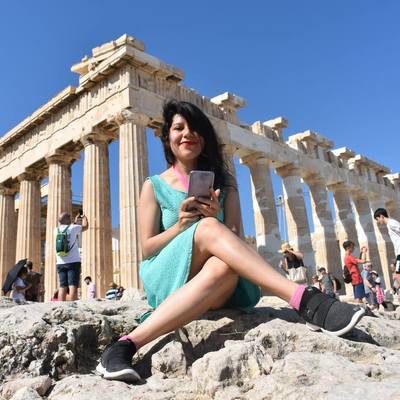