Save
What Can Nature Teach Architects about Resilience
Share
Or
Copy

In order to further explore how we think about the future of cities, ArchDaily's topic of the month for July is resilience. To prepare for disasters or disruptions in the system, we spoke with biologist Alessandra Araújo, founder of bio-inspirations and professor of Biomimicry at the Architectural Association Amazon Visiting School and the Master Ecological Design Thinking at Schumacher College, who discussed her thoughts on resilience in the field of architecture and urbanism through a different point of view: nature.

What is resilience in biology and what can we learn from this concept when designing built environments?

Resilience in ecological systems refers to the ability of an ecosystem to maintain its connections and operations after a disturbance. Its quality is determined by comprehending a unit that has the intelligence to regenerate and that is connected in exchange flows. I like to make an analogy of the forest being a like a Living University, full of parameters of development that navigate through diverse intricacies, with different niches of occupation and with constant energy exchanges between extracts that generate a capacity for entropy and recycling of nutrients through biodiversity, fundamental to its resilience.

As for our way of dwelling, with the exception of certain good urban plans, no one is worried about who stands above and who stands below.

For example, how high can we build without casting a shadow over a large area? In the case of shading, how can we share some benefit with those who will not receive sunlight? In this sense of sharing and collaborating for existence, the forest has a lot to teach us.

In a more practical way, how could we make an analogy between a tree/building in the city/forest?

Life cycles in the forest begin under the management of hub trees, the oldest trees, which have recorded contextual data. For example, in the growth ring of a tree, there are stored data on precipitation, sunshine, air quality and climate rates for each season in which the tree has lived. The tree uses this data as an intelligent response to its context, adjusting whether it will produce less or more flowers, which will become less or more fruit, feeding less or more herbivores and so on, ruling the entire food chain. All this information is distributed through a symbiotic network between roots and fungi, which also shares nutrients, water, and oxygen. Furthermore, taller trees no longer have as high a consumption need as those that are developing, yet they have a high capacity to generate energy which is shared with others. If one makes an analogy with important buildings or residential gated communities, it is clear that these urban islands, which occupy a large space and lock themselves in their intra-wall resilience, do nothing for their surroundings, despite being very demanding of the urban infrastructure. Therefore, the efficiency of the forest is absolutely collaborative compared to the city's, which is not.

Do you believe that this is a viable operation in today's cities?

I think it is a revolution of the individual, or of individuality, speaking as unity. I think the economy is currently undergoing revision, much is said about the circular economy, which has a lot to do with possibilities of flowing and for me everything that is circular has a sense of collaboration. If we are to think about the resilience of cities, redundant and collaborative systems are needed. In nature, what generates collaboration between one individual and another is the infamous mutualism, the capacity to exchange, which benefits both sides. For this to exist in a neighborhood, it is necessary to understand what the capabilities of certain occupations are and how they can exchange their surpluses. To think of it in another way, we can look at two systems as an example: a matrix in which everything is distributed through a single point and a network in which distribution is carried out through all points.

For me, resilience is about how this second networking option is operated, because if one end suffers a disturbance, there is a redundancy of several other connections to support it and to maintain the functioning of the whole system.

For effective resilience, is it necessary to think about geographical boundaries?

The city cannot operate in its primary need within its limits of occupation, this should be a very interesting premise of resilience.

This does not mean that we should extinguish the fields and produce everything inside the city, it is never a single solution, but we could make the city more resilient if it would have a greater part of the production necessary for its daily life within a smaller radius. Moreover, it is worth mentioning that resilient units are very decentralized.

In addition to decentralization, diversity is also an essential factor for resilience in nature, right? How does this apply to cities?

Yes, the fact that the forest operates with different niches of occupation, countless specializations and diverse types and levels of energy consumption, makes it more resilient, because it is composed of individuals with various needs at different times and this dynamism of necessities creates balance within chaotic traffic. Sunlight is the basis for energy production in the forest and has its highest consumption, but according to its vertical incidence and the niches of occupation, the demand for this energy is distinct, and this distinction is part of the metabolic balance of the forest.

The meaning of diversity in the city is the same, it is not linked directly with different heights and architectural shapes, but with the way it operates, with different working hours and different occupations.

Therefore, it is about a diversity of uses, the more distinct and different, the better.

Lastly, what do you consider the main factor for a resilient city?

A resilient city is a creative city and in order for creation to occur, there must be a collective collaboration, that is, a pulsating and abundant life is needed.

The less it segregates, and the more mixed-use zones operate in a decentralized way, the more resilient it is. 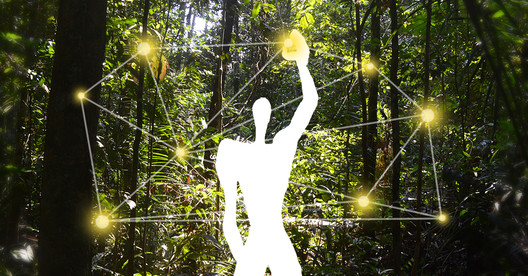