If the city can see, we can deceive it—spoofing its sensors, denying its services, even misleading its self-driving technologies. Armed with digital exploits, zero-day threats, pranks, and glitches, we might say that every vision of the smart city implies the attacks that could bring that city to its knees. The cyber-weapon is the flipside of the near-future city, the id of the smart metropolis.

An April 2019 white paper released by the Washington DC-based New America Foundation described “an explosion of cyber-physical systems” taking over the urban landscape. These systems operate “in sectors from transportation, to water systems, to lighting, to parking, in which computers do not merely store and manipulate data, but collect data through sensors and manipulate the physical world through actuators of various types.”

Of course, interactive “cyber-physical systems” have been prophesied for us by architectural avant-gardes, going back at least to Archigram, but they are now so mundane a part of our urban lives that we barely notice them. When Archigram envisioned the future of the city as a walking robot carrying high-tech denizens from one landscape to another, they were not thinking of the hostile actors who might seek to hijack those mobile cities to their own nefarious ends.

What is known as a denial-of-service attack, for example, takes on peculiar spatial characteristics when discussed in the context of urban design. Imagine residents unable to enter (or to leave) certain buildings, life-saving systems such as fire-suppression networks remotely jammed by hackings, or even entire communities blocked from crossing automated roadways. Think of technology critic Evgeny Morozov’s warning from July 2014 in The Guardian that, “As both cars and roads get ‘smart,’ they promise nearly perfect, real-time law enforcement. Instead of waiting for drivers to break the law, authorities can simply prevent the crime.” The flipside, of course, is that nefarious actors could also take the reins, blocking vehicles on certain roads, opening drawbridges, changing traffic lights, and sculpting the city around them into an accomplice in crime.

As we transform our cities into interactive textures of linked technologies, digital vulnerabilities become as much a part of the urban fabric as do tunnels, bridges, and towers. The capacity of the built environment to be digitally exploited—to be hacked or malevolently commandeered—will soon be as much a part of design criticism as whether a particular structure is affordable, accessible, or fabricated using sustainable materials. Is this building digitally safe?

“Smart cities are an absolute dream for infrastructure cyberattacks,” Wired UK warned its readers in January 2019. “Cities Are Facing A Deluge Of Cyberattacks,” security research Cesar Cerrudo wrote for Forbes in 2018, “And The Worst Is Yet To Come.” Cerrudo’s dire prophecy came only weeks after a widely publicized ransomware attack on the city of Atlanta, Georgia. Two Iranian hackers were later indicted for an international attack that froze key systems of urban governance, including Atlanta’s court system, not to mention the city’s most basic utilities.

Writing with Matthew Claudel in a 2015 editorial for Project Syndicate, Shenzhen Biennale curator Carlo Ratti emphasized that the skills of the hacker might soon prove central to any true understanding of the city. Hacking, in Ratti’s and Claudel’s conception, is a kind of investigatory decoding. “Familiarity with hackers’ tools and methods provides a powerful advantage in diagnosing the strength of existing systems,” they write, “and even in designing tighter security from the bottom up.” Whether it is benign hacking or, as I have written elsewhere, burglary, learning how to infiltrate a city can be an ideal way for learning how that city was constructed in the first place, offering ironic but instructive lessons as to how its urban systems were designed.

The risk, of course, is that by not learning to access the digital innards of today’s metropolis means that it will only be criminals who know how to do so. Cesar Cerrudo warned, for example, that the worst is yet to come. In March 2019, researchers at the Keen Security Lab, run by Tencent, went public with a chilling claim: They had used innocuous stickers placed on the ground in an intersection to steer a Tesla car, operating in autopilot mode, into opposing traffic. They referred to these stickers as “interference patches,” an evocative phrase that perhaps offers us a metaphor for how we might discuss design interventions capable of steering the smart city in unexpected, possibly harmful new directions.

Interference patches open a new space for art, humor, and creative resistance, to be sure, but they also suggest a much darker space of property crime, remote homicide, and even cyberwarfare. The risk of the smart metropolis, indeed, is that the entire city can become an interference patch, so to speak, obedient to anyone but its trusting residents.

The challenge for designers—for figures of governance, even for future critics—is to learn how interference patches can be deployed for the benefit of the populace, not simply to commit crimes at those residents’ expense. Finding and marking shortcuts through congested neighborhoods, creating temporary zones of public space for open-source festivals, clearing intersections for safer pedestrian movement, even slowing down autonomous urban vehicles to protect elderly residents in specific neighborhoods: These would all be examples of interference patches directed toward improving the city, not undermining or attacking it. Yet—like cyberweapons or digital vandalism—their method would be the same.

As Ratti and Claudel suggested, learning to use the tools of the hacker—learning to design and deploy interference patches against the grain of the city—might soon be the most productive and festive means of engaging with public space.

In the end, the sensing city might see us, feel us, even measure, track, and interact with us, but it will also be tragically gullible. A metropolis of sensors can be spoofed, lied to, cheated, and misdirected. Once again, when a city can see, it can be deceived. The task at hand will be to do so in the name of the populace, not against their collective interests.

Geoff Manaugh is the author of the New York Times-bestselling book, A Burglar’s Guide to the City (2016). He has taught graduate architecture studios at Columbia University GSAPP, UC Berkeley, and the University of Southern California, and he has lectured around the world on topics related to technology and design, including the Australian National Architecture Conference, the Bauhaus Universität, the Strelka Institute, SCI-Arc, and the Architectural Association. His writing has been published in Wired, Harvard Design Magazine, Domus, The Atlantic, The New York Times Magazine, and many more. He lives in Los Angeles. 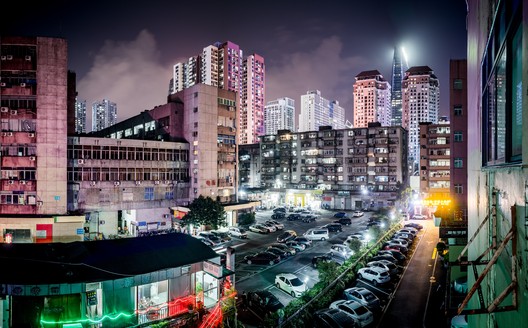