The freedom and space-time fluidity provided by film production bring the spaces represented in movies closer to the immateriality of imagination - even when filmed in real locations. Thus, architectures and cities are transformed into a fragmented network of spaces in the mind of the viewer - connecting memories with other images, experienced or witnessed.

This kind of fluidity and absence of precise definitions, which are typical of cinematographic images, can be compared to the post-modern ideas that spread in architecture and urbanism from the second half of the 20th century onwards, in which the profusion of different points of view made up a larger image of the theoretical and practical panorama in the field of architecture. In that sense, movies can be a good contribution to understanding the fragmentation of thought that has characterized postmodernism in architecture.

Below are four films that address several aspects of postmodernism in urbanism and architecture:

Truman is the main character in the biggest reality show ever produced - but he doesn't know it. Since he was born, thousands of cameras have followed his life and everyone around him is part of a huge television production. The scenery is no less fictional: an absolutely organized city, with single-family homes isolated in their lots, perfectly mown gardens and good citizens. Designed along the lines of the new American urbanism, the show's scenery is a precise reflection of the superficiality of the characters and of the actual TV program, in which Truman, without knowing, plays the leading role.

Dystopian visions of the future of cities also make up the spectrum of intersections between architecture and cinema. An example of this is the film Blade Runner, that features a fictional city (San Angeles), which is the result of a new cybernetic society that combines different architectural styles, as a result of years of hybrid usage of spaces and structures, often not compatible, ultimately resulting in residual spaces. Its environments are dystopian manifestations of postmodernism granted by the capitalist supremacy of the post-industrial era.

Quentin Tarantino portrays the suburbs of a generic city as the backdrop to a series of ordinary stories: unemployed people, murderers, waitresses, and roadside hotels make up a plot that fits into what might be called dirty realism, which can unfold in any part of the world. The sprawling phenomenon of American cities can be seen in several locations in the film, and the low urban density can serve as a metaphor for a kind of scarcity of the sense of place that is found alongside the characters' psyche.

Wings of Desire takes place in Berlin, just before the fall of the wall. Fragmented, the city is presented as an overlapping of rags that are uncoordinated and devoid of memory - a condition reflected by its inhabitants. Architecture and the city, or the emptiness left by them, reach the characters' psyche, triggering intimate and particular memories of places that now only exist as the presence of an absence, or as the intimate projection of their own minds and emotions. 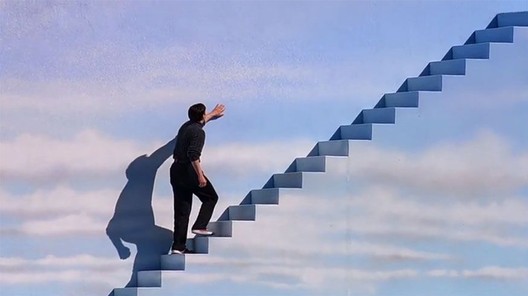