So, what happens if architecture were given the ability to see? In my eyes, there are two possible scenarios. The first is the "George Orwell" scenario, in which technology is used to dominate and control the environment and "we become 'robot-food.'” The second scenario I call "Leonardo da Vinci," in which technology and design merge and help us to improve ourselves. It is a version in which the city becomes our friend. A city that takes care of and looks out for the environment and its inhabitants.

I am hopeful, and I identify myself with the second scenario. I have been working on several projects that support this vision of a future world. SMOG FREE PROJECT is a good example: I led a worldwide campaign for clean air, to reduce air pollution and to provide an inspirational experience of a clean future. The project consists of a series of urban innovations like the
SMOG FREE TOWER, which senses the pollution, sucks it up, cleans it and releases it. This way people can enjoy clean-air parks in heavily polluted cities. The campaign also entails workshops with governments, students and the clean-tech industry to work together and make an entire city smog-free.

WATERLICHT is another example: it is a dream landscape about the power and poetry of water. A reminder of what would happen if we stop doing innovation and stop caring about the world of tomorrow. As a virtual flood, WATERLICHT raises awareness about rising water levels and creates a collective experience to share the importance of water innovation. I describe this project as an example showing that the city can feel what happens if there is a flood risk and also what it would look like if we didn’t intervene.

One of my early works, Dune, is an example of merging nature and technology. These artificial Dunes are thousands of fibers that react to the sounds and motions of people passing by, a landscape of light interacting with human behavior.

Use technology and sensibility to improve life, to make cities and landscapes that are good for people: that should be our focus. We are on a mission for clean air, clean water and clean energy, and we want to inspire people to do the same.

Daan Roosegaarde is a Dutch artist and innovator. He founded Studio Roosegaarde in 2007 and has been a pioneer in the livability of our future landscape ever since. He speaks of clean air, clean water, clean energy and clean space as the new future values. As a social design lab, Roosegaarde and his team connect people and technology to improve daily life in urban environments and spark the imagination. 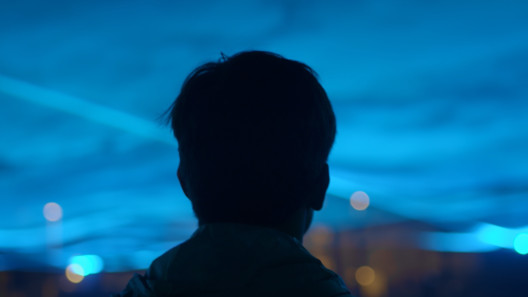