Save
Apartment in Rua do Arco to São Mamede / Atelier 106 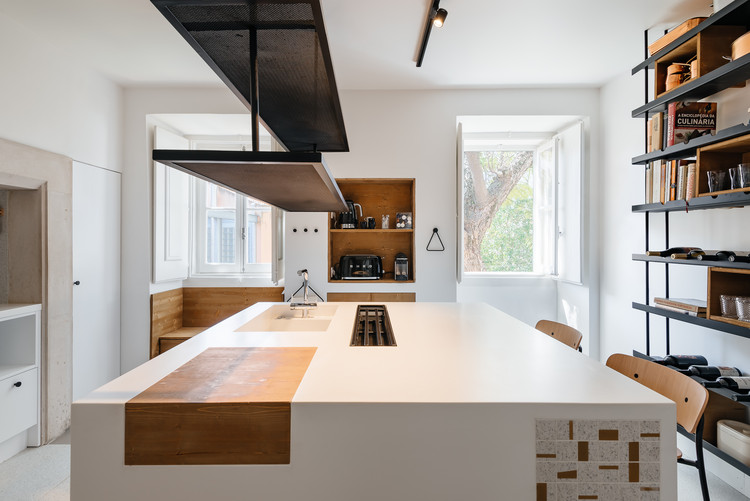 Text description provided by the architects. The apartment that was subject to the intervention is located in a building from the 19th Century, located in Príncipe Real. It is characterized by a structure made up of partition walls, worked ceilings, glazed tiles and original floors. The focus of the project was mainly the kitchen, although the apartment was all painted over, doors and openings recovered, as were the floors.

The kitchen was fitted with a wall-to-wall bench, a stove with generous dimensions under the chimney, on the opposite wall, and an isolated fridge between these two meals preparing areas, while a dining table was placed in the middle.

The project had a quite modern concept, opposing the original aesthetic of the apartment, creating a contrast that, at the same time, was compatible with the existing and introduced a new organization and spatial dimension, as well as new materials.

The concept was based on the creation of a marking line on the floor, through different colours and textures that extended beyond the elements that made up the kitchen. Thus, two ceramics were used with different colours and textures, marking the width of the chimney place and the existing stove, extending all the way to the opposite wall. Along this line and in the middle of the kitchen a "Corian” island was placed, containing the kitchen sink, and area for preparing the meals and for eating, with two iron shelves hanging above it. This line culminates in a bottle shelf made of black iron, also suspended.

On the perpendicular wall are tall cupboards, a vinoteca, microwave and other cabinets. By the windows, by the one closest to the chimney, there is a wooden bench with storage space, while the wall between the two windows also has a wooden niche for storage. The kitchen also has two larders (located in two original niches) closed by white lacquered doors.

The illumination is made through a black lighting track with projectors and a vertical light rod next to the tall cupboards, with spot fixings. 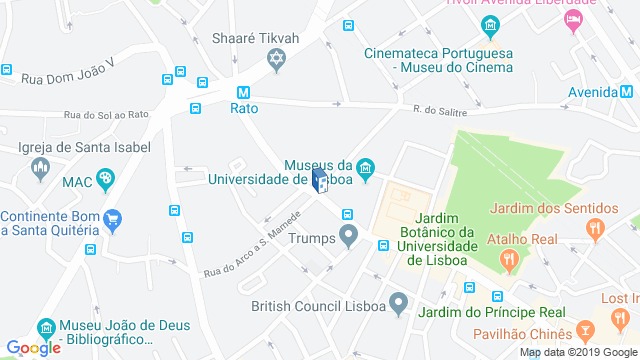