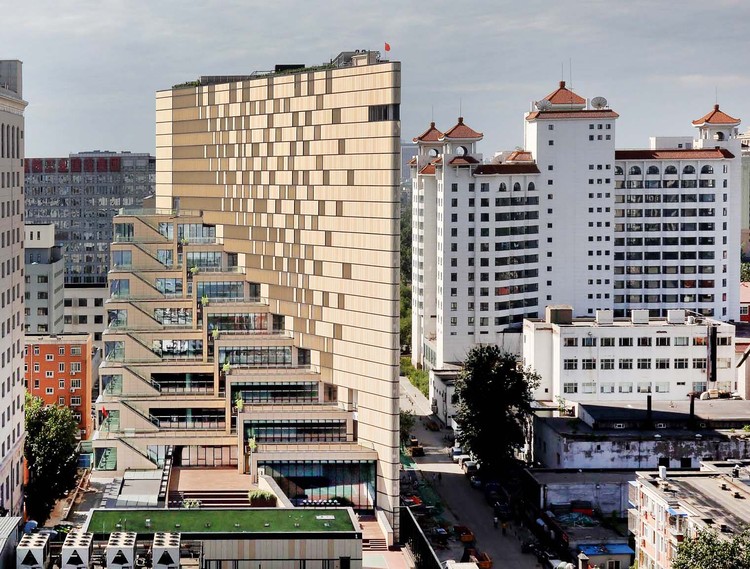 Inheritance
In 1988, the restructured China Architecture Design & Research Group (CADG) was relocated to No. 19 Chegongzhuang Street from the southern annex building of Ministry of Construction.

In 2011, CCTC, the parent company of CADG, initiated the construction plan for the CADG Innovation & Scientific Research Demonstration Center (short as Innovation Center hereinafter), which would be located at the northwestern corner of the No.19 Compound where the former canteen, basketball court and boiler room was situated. Unlike the 1#, 2 # and 3# Office Buildings mentioned above, the Innovation Center was planned as a multi-functional office complex with the former functional spaces on site relocated in the building. Meanwhile, its openness to the city, resulted from the demolition of the enclosing wall of the No.19 compound, must be complemented with its highly comprehensive functionality.

Prototype
In the evolutionary process of many cities in China, it was typical of an organization to build an enclosed compound where the staff both lived and worked. However, with the rapid development of the cities, the conflicts between the compounds and the cities intensified, with the clash between openness and isolation as the most fundamental one. The No.19 compound, despite its relatively little land occupation, was also a prototype for such compounds.

The increasing demands for both functions and spaces, reflected in the construction plan of the Innovation Center, required overhaul to the enclosure of the compound by integrating the functions inside the compound and redefining the compound’s boundary and relationship with the neighborhood. Among all problems to be solved in this urban renewal project, the most crucial one was related to the daylight shading of surrounding apartments.

In Chaoyang’an housing estate, which was situated along Wenxing West Street bordering the Innovation Center, there were two east-west oriented units of apartments, which were calculated by computer-aided shading analysis as the least favorable daylighting point for our design. With the maximum volume of the center determined by height and land occupation restrictions, an irregular-shaped prototype was generated based on the location of this point and the trajectory of the sun. It was shaped and determined by both the external restrictions of daylight shading and the internal demands of more space.

Place Making
With relatively simple and clear functional demands, we intended to generate the spaces based on behaviors defined by functions, rather than define spaces simply by functional division.

The double-height lobby consisted of a café, an exhibition hall, a reading area, a mini supermarket, conference rooms and multi-functional halls, serving as a lounge for public life in the Innovation Center.

Office spaces for design organizations of CADG were located on 3-14 floors. As the terraced form defied the possibility of typical floors, the area of each floor varied, from 1,700 square meters on the 3rd floor to 1,000 square meters on the 14th floor. The open office area from the 3rd to the 10th floor were connected and integrated by the terraced exterior platforms and the interior atrium.

The atrium was endowed with unique spatial features due to the terraced form of the building, as well as scales and atmosphere appropriate to a working space. Unlike the efficiency-oriented open office space with large spans, the atrium served as a multi-storied informal business area that could be utilized by all the design teams in a flexible way. Seen from the ground, the narrowing space overhead strengthened the sense of perspective, presenting a sense of ritual and commemoration. Seen from the top, various scenes on different floors of the atrium revealed the diversified lifestyles of the teams, adding to the diversity of the space.

With its inclusion and stimulation of the city’s vigor, the diversified status of the Innovation Center shifted the stereotype of large design firms like CADG to some extent by avoiding the monotony of the efficiency-oriented office space with large spans. The terraces, the atrium and the basketball court blurred the boundary of the enclosed space. The improvised communication and scenes of various lifestyles in the space could serve as the backdrop for design activities, presenting a space with authentic features of a design firm.

Sustainability
Appropriategreen design technologies, with land-based passive technologies as the priority, were applied to various aspects of the design, ranging from ventilation, thermal insulation, to daylighting and illumination. On one hand, with the help of the daylighting prototype, we located supporting facilities, including elevators, stairs and washrooms on the west to minimize the offices’ exposure to the afternoon sun. Facing east and south while bordering the atrium on the north, the office spaces were endowed with favorable daylighting and ventilation conditions. On the other hand, the terraces and basketball court near the offices could encourage employees’ engagement in outdoor activities, promoting sustainability in their lifestyles, making it not only a design approach, but also a code of conduct in life. 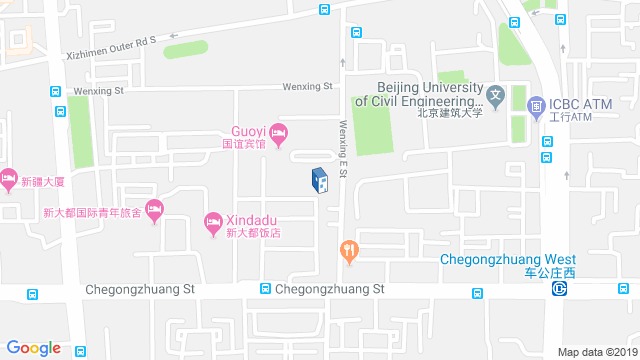 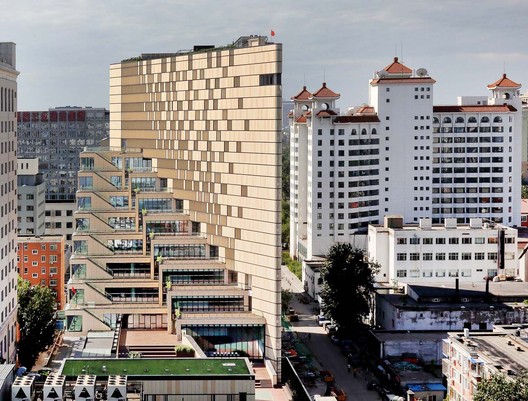