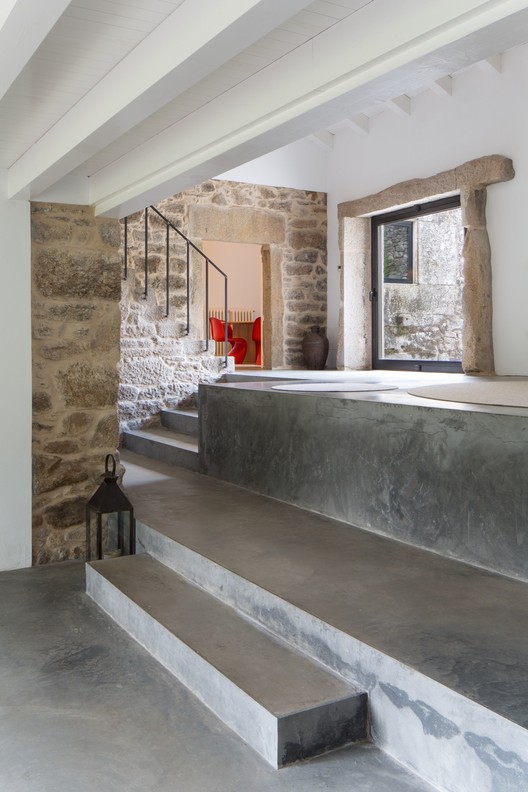 Text description provided by the architects. The new house stands in the ruins of an old country Galician house in the Lugo Province. All the original stone walls and facades were kept maintaining the character of the original building, the interior was totally renewed to make it luminous and spacious, but only original materials as chestnut wood for flooring and granite where used to keep the original character.

Hidden frame windows were used to make the house look as it was found, the only thing you see from the outside is the stone facade. The original patio where all the animals used to be kept was incorporated to the interior of the house. The new distribution does not hide the original spaces of the old house, you can see the patio, the original kitchen and the storage spaces.

Some large stones were left uncovered to show the original construction system. In the facade you can distinguish the changes that the house has suffered through its life.

Old radiators recovered from a construction site in Madrid where incorporated to the house, making them a key element in the house.