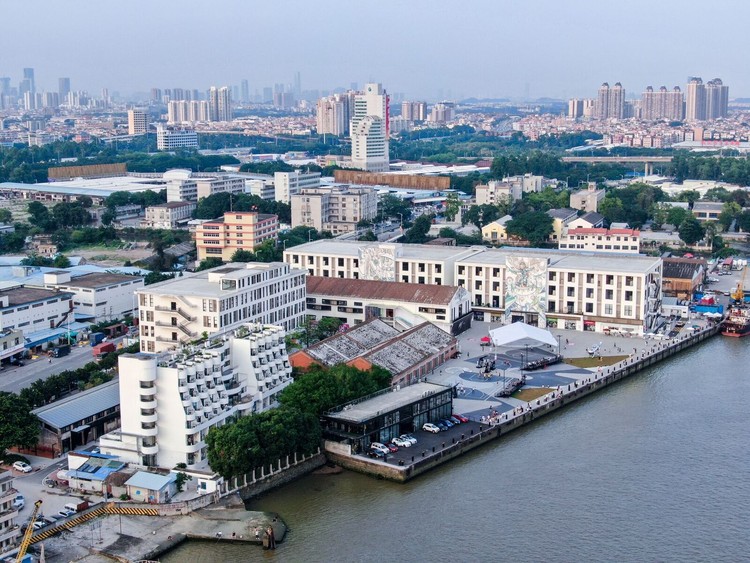 Text description provided by the architects. The project is located at the intersection of Lijiao Road and Zhenxing Street, Haizhu District, Guangzhou City, south of the Pearl River. Before the renovation, Daganwei Warehouse Area of Sinochem Group Guangzhou was used as raw material reserve and production base of large state-owned chemical enterprises. Due to the relocation of enterprises, this area of idle industrial plant property with good location ushered in the opportunity of upgrading and transformation.

The first floor of the street-facing building and the open surface of the three vertical and two horizontal streets in the park are considered as commercial space.The appearance is simple, with white walls and dark window frames as a combination, and the advertising space for each household is designed, so that the final atmosphere not only achieves the function of commercial display and consumption attraction, but also maintains the elegant taste and the overall control along the street.

Two well-preserved red brick factory buildings with sloping roofs in the park are currently rented as a whole. Their appearance design style is based on retaining the red brick facade, expanding the original function windows, and forming a contrast effect between new and old materials by placing glass boxes. The interior design is based on the functional demands of the tenants, and strives to enhance the diversity of space experience and the complexity of use.

The Cultural creativity office is located on the second floor of several higher workshops. The appearance of the office shows rhythm with the modification of air conditioning and window opening. The exterior effect is the material combination mode of white wall, dark window frame and golden stretching net, which reflects the fashionable and artistic atmosphere of B.I.G Haizhu Bay Creative Zone.

Art landscape design links the main exhibition facades in the park with public space. The super-large Jiangjing Square in the south is based on the large graffiti art of two high-rise gables. Introducing public art also provides an excellent venue for the operation of public activities in the park. Other space intersections have also designed interactive experience devices, such as stained glass photo points, tree pool movie steps, skateboard platform, collage basketball court, etc., to enhance the vitality of the park in a participatory and storytelling way. 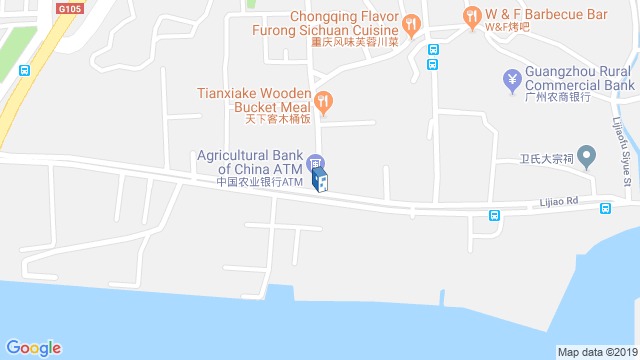 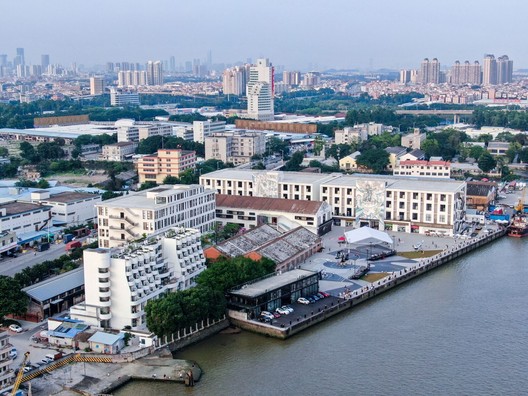