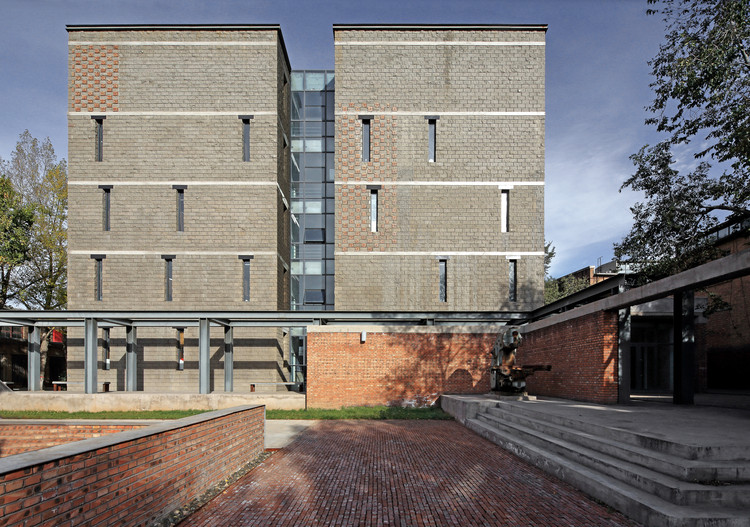 Text description provided by the architects. The architecture building of Inner Mongolia University Of Technology was finished in 2009. It was renovated from a group of old industrial buildings in the campus. By carring the historical memory of the old industrial architecture, the building becomes an old man ever since the reconstruction work is done. Its space carries the historical memory of old industrial buildings clearly, which is an important theme of the design. Four years later, the expanding construction started in order to bring more professional classrooms to students.

The starting point of design was to choose the right way to connect the old building to the new. It is a problem of transition of circulation between the old and the new. Site conditions and building functions determines the basic shape of the new architecture, while the proper connecting position in the old building was already preserved during the reconstruction. Thus, the designing strategy was to add a foyer between the old and the new wing. The foyer was not only the transition of their space, but also a direct northern entrance to the new building. It also creates new communication space for students and instructors as well.

Isomorphism of the space

Functional units connected by corridors becomes a fundamental method for the new space layout. It is an universal form with efficiency. Based on this condition, the design carries the quality of the old wing, showing similar characteristic in organizing the space. For example, the outdoor space around the entry is shaped into a yard, adding a new starting point to the circulation of the new wing. Furthermore, the design broadens the space between hallways and the units, giving the connection space a sense of communicational placeness. In some special occasions, it becomes the major part of functions.

The new building respects the natural ecology. The functional units shows horizontal separation in order for the architecture to obtain the following eco-elements: Wind - with the relative separation between each floor, there is a vertical air shaft above each of the void space, using the heat pressure to organize the natural ventilation; Light - The gap between North and South brings in natural light, letting the sun shines deep down into the building; Green - With the help of the separated volume, lots of trees preserved in the yard were led into the indoor public space, where the architecture and environment were placed in harmony once again.

Growing of the Form

In conclusion, the new architecture building inherit the simple and unadorned characteristic of the old. It's space, materials and building methods interact with each other, showing a true connection between the old and the new. As a building for professional architectural studies, its space. environment, site, and materials acts together as architectural elements, potentially affecting the students inside it. 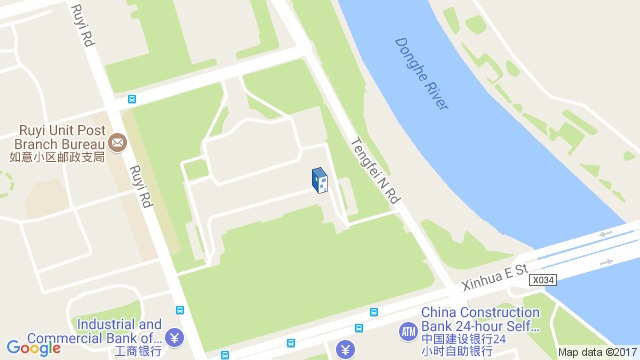 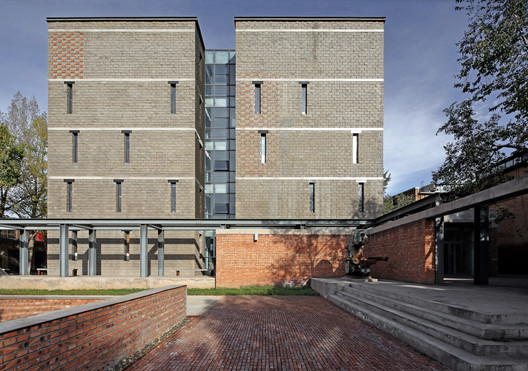