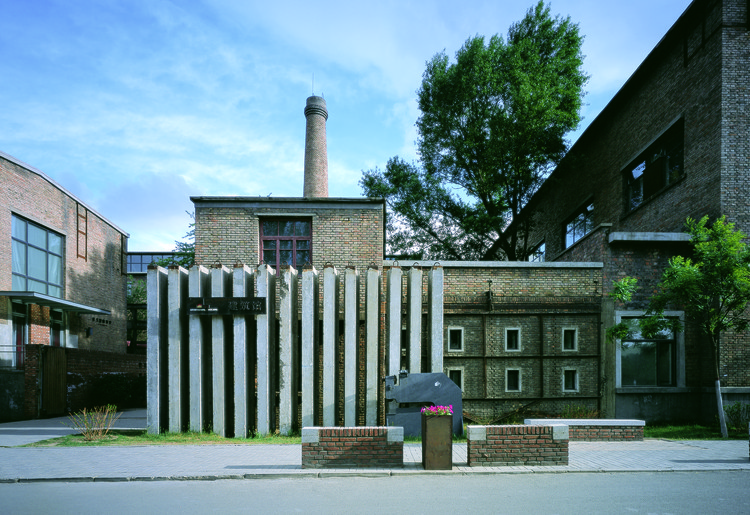 Text description provided by the architects. The Architecture building of Inner Mongolia University of Technology is reconstructed from a former machinery factory of the university, which was used to be a practical education base, and its production was an integral part of the mainstay industry of the university. The casting workshop in the machinery factory was built in 1968, put into production in 1971. It was abandoned in 1995 due to the Industrial restructuring that gradually demolished unwanted sections. In early 2008, the university decided to reconstruct the workshop to endow it a new life.

The former casting workshop had stood in the campus for more than 40 years. The historic red brick walls, the mottled rust machine, the crane beams covered in green, and the chimney among them…. All of these are evoking the deepest memories. When we walk through this today, we would be delighted to appreciate a space image that we have never experienced. It’s obvious that if people plan to ensure a long life of the building, this special space should be replaced by a specific function. Thus, the reconstruction work becomes a causal thinking of space and function and its creating process of the interactive adaptation.

The first thing that architects should do is to consider the appropriate positioning of the workshop’s new life with the university, whether it should be derived from the passive behaviour of the limited reconstruction or the active thinking of the 'green' idea. Besides, architects should tailor proper and specific functions for each space where people will have different experiences. In other words, the design process of the reconstruction not only creates a place for a certain function but more often identifies existing spatial features and replace new functions in guiding or inducing. Therefore, the starting point of the overall reconstruction comes from a flat strategy: identification.

From campus cultural activity centre to the architecture building

In the very beginning, many reconstruction cases came to our minds, such as the 798 district in Beijing, No.8 Bridge in Shanghai, SOHO District of New York and the Tate Museum in London. They all have fantastic new functions that made mediocre spaces into amazing ones, which became our direct examples of the initial design. In view of this, the initial location of the workshop is a campus cultural activity centre. The consideration, of course, was based on the lack of space for humanistic function.

However, we soon discovered that the function of a cultural activity centre could not fit the transparency and openness of the workshop well, because the music, sports, arts and other components need places where different users do not interfere with each other. The excessive separation will violate the original intention of 'green' to utilize the space, so the design work went back to the starting point - seeking a more suitable destination for the workshop. At that time, the architecture school was under the evaluation of national education, and the professional teaching facilities were urgent to be improved. The open space and the naturally exposed structural details of the casting workshop could be adapted to the characteristics of architectural education, which emphasizes communication, experience and practice. We immediately realized that it is a natural Architecture Building. Individual spaces throughout the workshop also have better compatibility: the upper space close to the skylight, is a natural art classroom with proper light; the quiet, lower corner with adequate sunlight could be a reading room; the independent workshop in the south has a perfect scale for a lecture hall with great quality of sight and sound. The following work became easier, that is, analyzing and experiencing each existing space, and “checking in” the functions of teaching, exhibition, critiques, and experiments in an architecture school building.

From the spatial openness to the functional openness

Undoubtedly, the open workshop with a height more than ten meters guides the design to arrange the functions in a more open approach. Before “checking in”, the work of adding layers to attain more area should be finished. The layering scheme should be completed on the premise of structural reinforcement and under this principle: never block the sight, and actively create an open view with no vertical or horizontal obstacle. The transparency of the vision will inevitably create a flow of light and air, and their trinity flow further strengthens the quality of the communication space and meanwhile partially realizes the original intention of 'green'. In the vertical direction, to eliminate the sensation of the floor, we combine the exhibition space with the stairs. The unit-formed exhibition platform is gradually raised up along the stairs, organically connecting the height of each level, and diluting the sense of ‘layer’.

On the basis of the strategies mentioned above, we then arranged functions according to the characteristics of spaces, carried out the “checking in”: the production line of the casting workshop started from the west unusual tall factory, where several giant pyramid hourglasses are hung and nameless equipment are fixed on the ground - it’s a great model room with a strong sense of sculpture; the turning point of the workshop is dark, but the “cupola” provides good ventilation conditions, so it became a computer lab; the mezzanine space on the east side has smaller floor height and is separated, which is suitable for office space. When space has to be divided, except for the brick wall in extreme conditions, we use transparent glass, single-layered U Profiled Glass, double-layered U Profiled Glass or filmed U Profiled Glass according to the degree of necessary closure.

From 'Cool' spaces to 'Cool' functions

The structure and machinery convey a unique atmosphere of the workshop. Because of whether the identity of the awesome feeling or the historical memories to be awakened, in the design, we couldn’t bear to destroy them and even added new functions in the brief for their more reasonable existence. In the small workshop on the east side, two 'cupolas' are in the middle. Indoor pipelines had grown both vertically and horizontally, and the beams and columns are mottled - the small workshop looks like the 'Hidden Cool' art space, so we redesigned it as an art salon with a water bar and a pottery studio. The side yard outside was used to be an outdoor conveyor with cranes. The two rows of tall gantry were full of industrial atmosphere with a nice sense of place. After the reconstruction, it became a leisure place of campus culture. For the former calcining boiler, we peeled off the protective brick outside and the refractory brick inside, so the metal components are exposed, accompanied by several stairs added later, which transformed the yard into an inimitable communication space.

In addition, some special spaces in the workshop led us to try to create new functions with ecological meaning. For example, we connected the tall chimney in the yard with pipelines to indoor space and formed a non-energy-consuming ventilation system. After the project started, we found a subterranean production line that runs through the interior space of the workshop, so we used it to further improve the ventilation system. The practice is to open the indoor interface and connect it to the outside. In summer, cold fresh air goes through the underground and flows to the open indoor space, which is led by the air pressure that is formed by the opened roof skylight. In this way, the natural air conditioner achieves its goal of effective cooling.

It is an unusual design experience. The architect’s job is often to create a suitable space for a certain function, however, given the existing space, we should transform our design thinking a bit. Nowadays, the reconstruction and utilization of old architecture are widely valued, and the transformation of the design thinking, that is, the space guides and changes the function, helps to formulate appropriate design strategies from the ecological aspect. 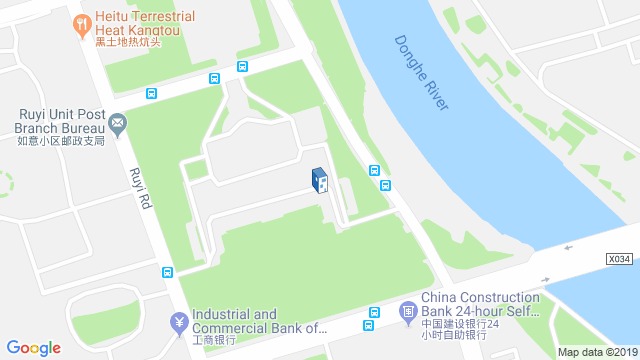 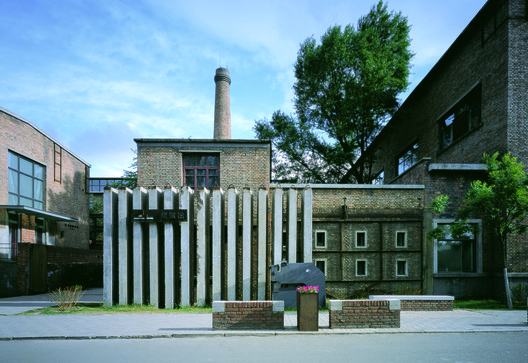