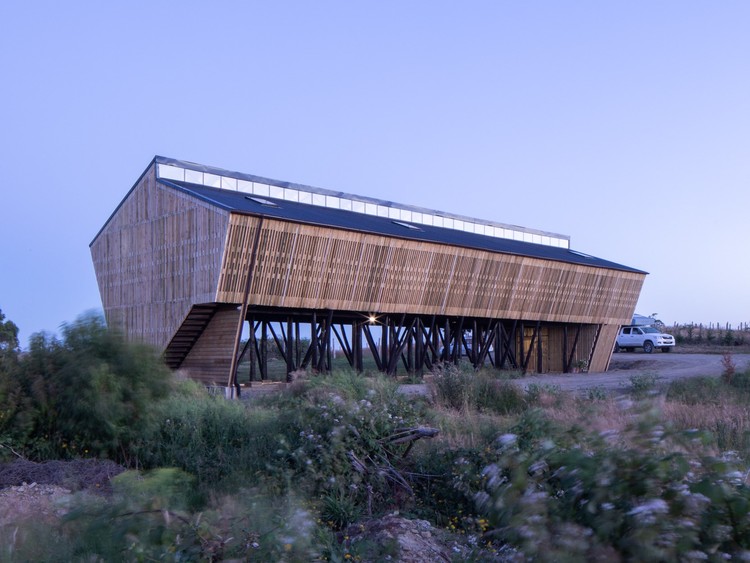 Text description provided by the architects. The house Casa Para Invitados is located by the northern access to the city of Chonchi on the island Isla Grande de Chiloé. The house aims to achieve the requirements of a home while creating new economic alternatives for the client.

Due to this, the work in question is based on two fundamental requirements that shape the project. As a first condition, all the requirements of the residence as such are considered, and secondly, it is simultaneously made applicable for the development of a guest house. In this way, the project is capitalized on by itself by the means of the tourism that the area provides, opting for the new information technologies that create possibilities of offering one's own home as an accommodation option.

The plot where the project is located is a relatively flat site of 5,000 square meters and without much to offer in itself. On the north, south and west sides, it borders other isolated housings, while on the east side, it offers a view of the inland sea between the island Chiloé and the Andes mountain range of the continental Chilean territory.

The conditions of the plot direct the view of the building towards one direction, which in turn, exposes a privacy problem in the three remaining sides of the house for the residents, as well as for the neighbours. It is because of this reason, that the west, north and south facades are transformed into a semi-exterior corridor, which is covered by a wooden latticework, generating a space that allows interaction between the interior and exterior environments.

As a general strategy, the project proposes a single volume that rises three meters from the ground and houses two coexisting programs. One-third of the building corresponds to the housing sector, while the remaining two-thirds belong to the guest-house area. In addition to the above, each zone has an independent entrance located on respective sides, joined by the semi-external corridor.

In the guest-house sector, there are two rooms, each with a private bathroom and a shared common space with a living room and dining room-kitchen. The housing sector consists of a bedroom with a private bathroom, a yoga room or multipurpose space, a living room and an integrated dining room-kitchen. The washing facilities, storage and three parking lots are located on the ground floor.

Like this, Casa Para Invitados presents a solution to challenges related to the advancement of technology and renting strategies, as opposed to a house inhabited only by its owners. A project that positions architecture as the protagonist, where a single volume takes over the terrain, working both as a way of engaging and as an attraction in itself, as a volume that mediates between residents and visitors. 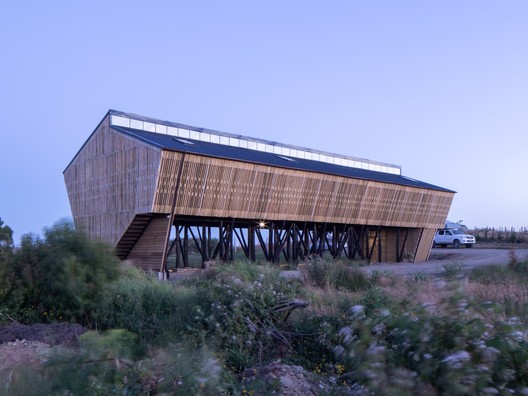