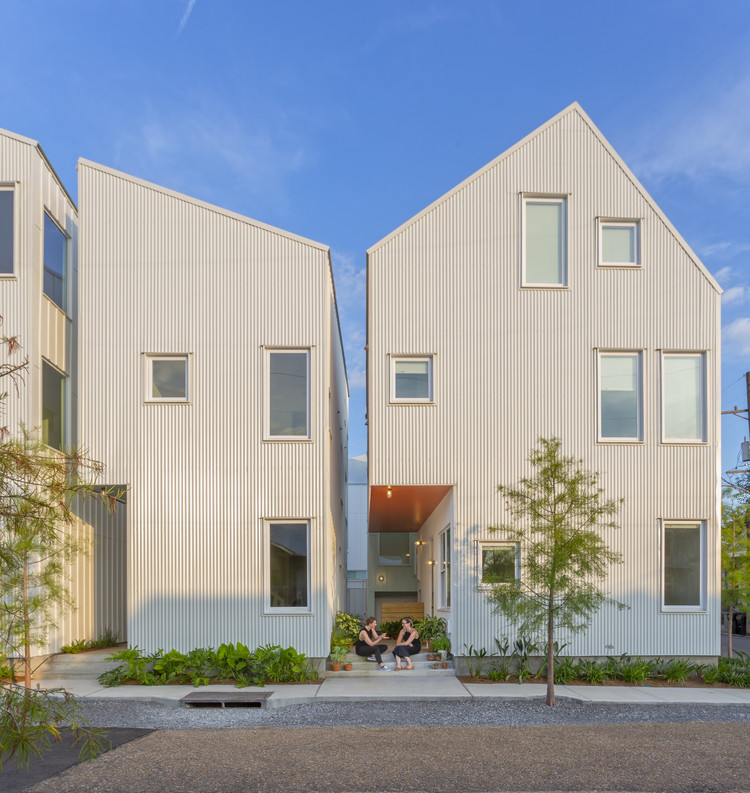 Text description provided by the architects. Another expanded site for the Starter Home* thesis, the 9th Street development is comprised of 12 homes, with 10 single-family and one two-family, occupying an existing warehouse and vacant parcel. The zoning for this transitioning industrial edge required abnormally large lot minimums for single-family structures. This mandated a tactic that leveraged the density allowed under multi-family developments but organized the site as a single-family assemblage.

The approach required a subversion of the conventional legal structure, which usually applies individual ownership to the interior of one unit, but in this case, creates provisional lots and realizes autonomous ownership as espoused by the Starter Home* agenda.

Historically a neighborhood home to both industry and low-density residential, the Irish Channel has precedent for the adjacencies created with the 9th Street scheme i.e. homes and industry occupying the same city block. Though each home spans three stories, the height of the buildings aligns with the industrial building context. Adjacencies not only appear natural but also are entirely relevant. 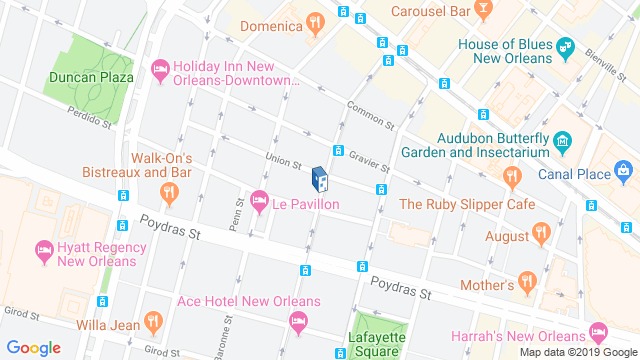 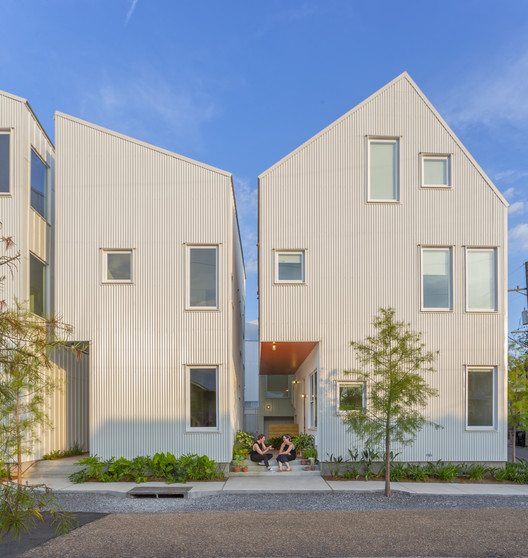