Design practices Snøhetta and Blight Rayner Architecture have been selected to design a new theater for what will become Australia's largest performing arts center in Brisbane. Beating out 23 other teams, the winning proposal for the Queensland Performing Arts Center features a $150 million theater, the fifth for the center. The concept aims to bring a new image to the Gibson precinct while respecting the site's history and context. 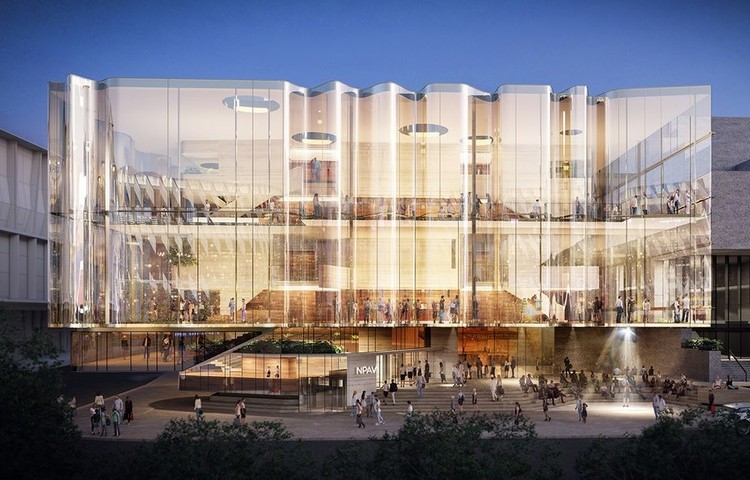 The heritage-listed Queensland Culture Centre first opened in 1985 and was originally designed by Brisbane architects Robin Gibson and Partners. Snøhetta and Blight Rayner's new addition will feature a glass facade that centers on transparency. Queensland Government Architect Malcolm Middleton noted that, "The concept design succeeds in creating a new contemporary image for the site whilst respecting its inherent values. The building will glow by night and sparkle by day with just a glimpse of the glass visible from the city side.”

The new theater will include a new foyer, as well as two new studio spaces. Deputy premier and member for South Brisbane Jackie Trad said the project is “expected to deliver capacity for an extra 260 performances annually with the potential to welcome an additional 300,000 visitors every year." The design also draws inspiration from the Brisbane River and the cultural significance of South Bank to First Nations Peoples.

The winning theater design was selected by an evaluation panel chaired by Malcolm Middleton. QPAC’s fifth theater aims to begin construction in 2020, with completion set for 2022. 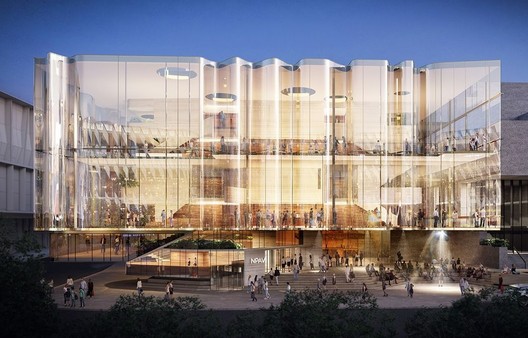