Since the proverbial dawn of modernity, occupants of cities have suffered in a difficult relationship with nature. Leo Marx (and others) have diligently argued that cities and nature are essentially inseparable, which explains this pervasive tension. Cities operate as a massive system of interrelated complex organisms within an even larger system of organisms. These interdependent resources and disparate urban/ nature operations don't necessarily SEE one another. One overarching goal of municipal governing parties interested in sustaining cities was to make ecology visible.

Manifesting ecological routines into a visible spectacle is a utilitarian mechanism for building awareness and communicating intentions. Instead of burying or hiding urban metabolic infrastructure, reversing its presence is desirable. Foregrounding nature as an aestheticized and functional event in its myriad of forms is an excellent design objective. Giving citizens the capacity to SEE waste, energy or water systems in flux highlights their value and immediacy. For "Eyes of the City" our initiative at Terreform ONE concentrates on visualizing nature, or more specifically biodiversity itself. The objective was to reintroduce biodiversity everywhere feasible into the urban realm, from inside intelligent building skins in the exterior pockets of landscape mosaics. The outcome for this endeavor culminated in visualizing a certain fragile urban insect species at the edge of extinction. We wished for denizens of NYC to perceive biodiversity through the lens of a Monarch butterfly and in turn see their own environmental needs reflected back.

The Monarch Sanctuary building works to enable the public to witness biodiversity in the urban realm. It is intended to serve as an object lesson for "Eyes of the City" with salient green technologies. The aim is to make a spectacle which includes plant life, in designing for other species and in conveying images of new possibilities for urban regeneration. Our building program wants the citizens of NYC to visualize our failed relationship with nature, especially as it relates to habitat destruction. This project alone will not save the Monarch butterfly from extinction but it will crucially raise awareness about our much-loved insect residents.

Other features of the project are equally in service of the insects. LED screens at the street level provide 1,000x magnified live views of the caterpillars and butterflies in the vertical meadow. These digital screens also connect to a multi-story atrium adjacent to the circulation core to reveal insect activity. Now people can witness the life cycle of butterflies in vivid color on jumbotrons. Equally, artificial butterfly micro-drones collect data about the local biome. Hovering around the building, a dozen butterfly-shaped drones take readings, scans and maps of the immediate microclimate activity and report back to the city grid. They return every few minutes to recharge, and their combined real-time data works to maintain the butterfly health.

Mitchell Joachim, Ph.D. is the Co-Founder of Terreform ONE and an Associate Professor of Practice at NYU. Formerly, he was an architect at the offices of Frank Gehry and I.M. Pei. He has been awarded a Fulbright Scholarship and fellowships with TED, Moshe Safdie and Martin Society for Sustainability, MIT. He was chosen by Wired magazine for "The Smart List” and selected by Rolling Stone for “The 100 People Who Are Changing America.” Mitchell won many honors including; LafargeHolcim Award, ARCHITECT R+D Award, AIA New York Urban Design Merit Award, 1st Place International Architecture Award, Victor Papanek Social Design Award, Zumtobel Group Award for Sustainability, History Channel Infiniti Award for City of the Future, and Time magazine’s Best Invention with the MIT Smart Cities Car. He is featured as “The NOW 99” in Dwell magazine and “50 Under 50 Innovators of the 21st Century" by Images Publishers. He has co-authored four books, "Design with Life: Biotech Architecture and Resilient Cities, "XXL-XS: New Directions in Ecological Design," "Super Cells: Building with Biology," and "Global Design: Elsewhere Envisioned." His design work has been exhibited at MoMA and the Venice Biennale. He earned a PhD from the Massachusetts Institute of Technology, a MAUD from Harvard University, a MArch from Columbia University. 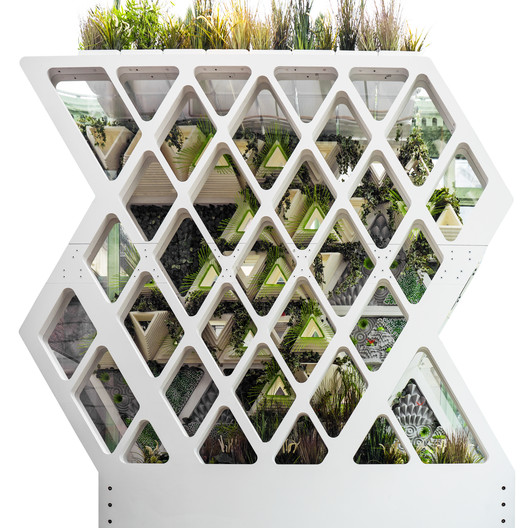