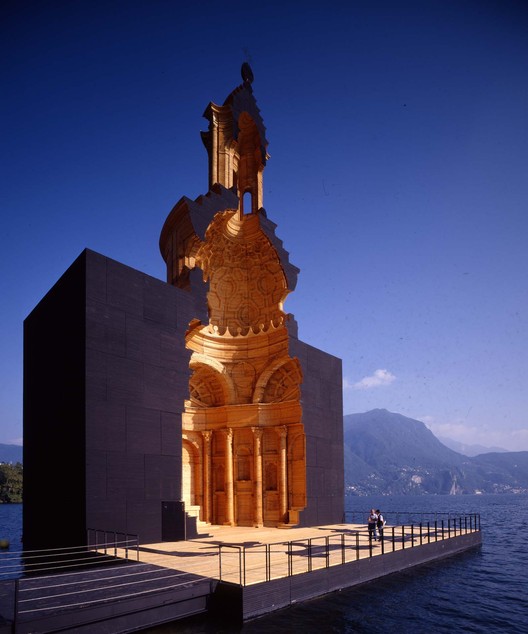 Text description provided by the architects. The life-size wooden model represented the cross section of the San Carlo alle Quattro Fontane Church in Rome. The real church almost lacks an exterior but the interior is, on the other hand, worked out in full detail. Its section, a wonderful example of Baroque architecture, is elegant and refined with protrusions, recesses and decorations. The model celebrated this section.

It was built in 1999 to commemorate the 400th anniversary of Francesco Borromini’s birth and to celebrate the exhibition at the Cantonal Museum of Art in Lugano. The wooden structure, nearly 33 meters high, was composed of 35’000 planks with a thickness of 4.5 cm, modularly mounted with a separation of 1 cm and held together with steel cables fixed to a steel frame weighing 90 metric tons.

Even though the initial idea was to have it floating on the lake, the model was finally placed on a square platform anchored a few meters from the shore.

The contribution of an employment program, supported by the University of Lugano and the Academy of architecture of Mendrisio made it possible to achieve an extraordinary undertaking, thanks to the involvement of dozens of unemployed workers, as well as architects, draftsmen, carpenters and craftsmen. The results from the survey of the complex of San Carlo alle Quattro Fontane, which the Academy of architecture commissioned from Prof.

Sartor in Rome, were the starting point for a program that also represented an educational opportunity, ranging from the graphic processing and survey work to the executive drawings for the model, the shop work to craft the individual planks and various parts and, lastly, the assembly and construction on site. San Carlino graced Lugano lakeside until October 2003, when it was dismantled. 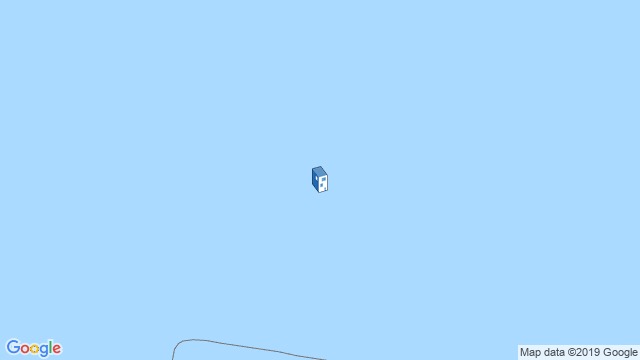