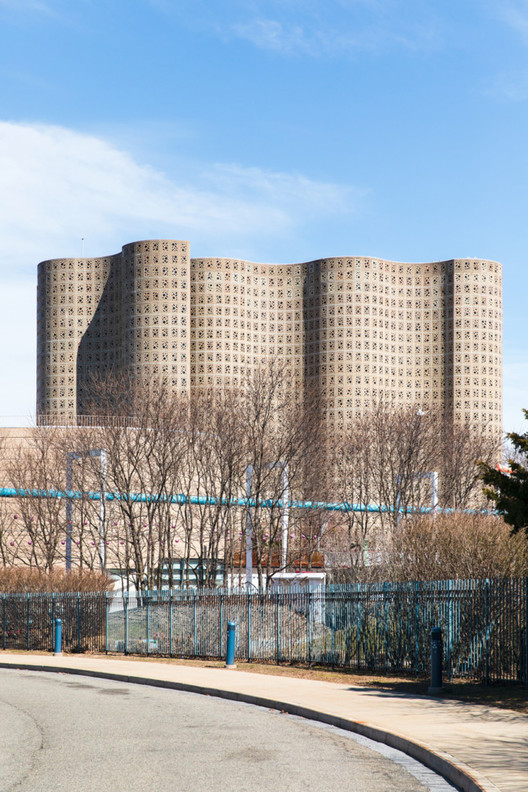 This Article was originally published on Metropolis Magazine here.

The story of architectural Modernism in New York City goes beyond the familiar touchstones of Lever House and the Seagram Building.

Eighty-five years on, the little white town house on East 48th Street by William Lescaze still startles. With its bright stucco and Purist volumes, it pulls the eye away from the do-nothing brownstones on one side and the noirish sub-Miesian tower on the other. The machined rectitude of its upper floors, telegraphed by two clumsily large spans of glass block, is offset by the freer plastic arrangement of the bottom levels. Le Corbusier’s five points are in evidence (minus the roof garden), suggesting an architecture ready to do battle. Built in 1934 from the shell of a Civil War–era town house, this was the first Modernist house in New York City, and its pioneering feeling for futurity extended to its domestic conveniences. (A skeptical Lewis Mumford noted its central air-conditioning.)

It is an undeniable window into the 1930s, and into the brief moment when inter-war Modernism fought for a place in conservative New York architecture. A purifying of the “Brown Decades,” Mumford’s term for postbellum aesthetics, the terra-cotta romance of the Woolworth Building, and Deco’s jazzy black-granite fantasias, it has few counterparts. Here, at the base of the Empire State Building on 34th Street, a piece of pseudo-constructivism all the worse for wear. There, on East 53rd Street, the forlorn stylings of the Museum of Modern Art’s original building. And on Park and 57th Street, the postwar Universal Pictures Building (1947), a wedding cake of ribbon windows.

The latter’s architect, the firm Kahn & Jacobs, was among the first to apply Modernist building technologies like the curtain wall (in this case prosaic limestone) to scale and in an eminently replicable manner. Now under threat, the building isn’t landmarked. “Universal Pictures is still hanging out there,” says Kyle Johnson of the New York/Tri-state chapter of Docomomo US, a group that advocates for Modern architecture and landscapes.

“One aspect of New York City’s Landmarks Law [enacted in 1965] that’s unusual is buildings needing to only be 30 years old instead of 50—the standard in the National Register and most municipalities,” explains Johnson’s fellow board member and chapter head John Arbuckle. “A lot of good stuff gets torn down in that 20-year gap.”

In other words, Modern architecture—always a tough sell in New York—didn’t have much time to win people over. Under the circumstances, it had to make its impact fast and in a big way, or else make room for new development. Lescaze’s house, landmarked in 1976, may have sent “ripples of excitement spread far and wide” to followers of the architectural media, but it never caught on. (Its chief innovation—air-conditioning—did; just 20 years later, Harrison & Abramovitz’s Socony-Mobil Building on 42nd Street became the largest air-conditioned building in the world.)

The wave finally broke with the one-two cerulean-blue punch of Lever House (Gordon Bunshaft and Natalie de Blois of SOM) and the United Nations (Wallace Harrison et al.) in 1952. Unlike white-stucco Modernism, which carried with it the germ of socialism and new world–building, the new corporate towers projected patrician stability. Nominally public plazas like the one abutting Mies’s Seagram Building (1958)—“perhaps the most painstakingly detailed skyscraper ever built,” Ada Louise Huxtable ventured—were sops to city and pedestrian with a high-handedness befitting a cultivated captain of industry like Seagram head Samuel Bronfman.

Much of Huxtable’s effortlessly astute guide Four Walking Tours of Modern Architecture in New York City(1961) is given over to brief assessments of these glistening skyscrapers. But she never sets out much farther than midtown. It’s true that little of note was going on, or up, in Brooklyn or Staten Island, apart from a few churches and synagogues. (Religious patrons all over the five boroughs tend to be good caretakers of their Modern charges.) Queens, for the most part, developed only in the 1950s and ’60s. Boasting postwar growth unmatched by any other New York borough, it adopted “vernacular Modernism” for its new neighborhood buildings, says Frampton Tolbert, the founder of Queens Modern, an online database of some 400 buildings. “They were clearing recreational sites like racetracks and country clubs to make way for development. There was just so much room to build,” he explains. Ironically, Flushing’s dumping ground was leveled and superseded by an Olmstedian public park that served as the site for two World’s Fairs. Remnants from the 1964 fair—Wallace Harrison’s fluttering New York Hall of Science among them—are perhaps the most iconic Modern structures in the borough.

As interest in Brutalism continues apace, Marcel Breuer’s Bronx Community College campus is enjoying its day in the sun. In the “imageability” category, to cite Reyner Banham’s concept, its group of concrete buildings, Begrisch Hall in particular, score high.

But to find New York’s most relentlessly Modern architecture, you have to look elsewhere in the Bronx, in pockets of Manhattan, on the edges of Queens and Staten Island, and in middle Brooklyn, and to 325 concrete-and-brick blocks housing 400,000 people. Conceptually flawed, perhaps; insufficiently funded or maintained, certainly—they are evidence of the country’s largest public-housing building campaign. These sites demonstrate that Modernism, rather than being simply a set of aesthetic trappings in which the rich could live interestingly, pointed toward a fairer society.