Although ancient buildings carry compelling architectural presence, demolition or radical change is often their fate. While some architects prefer to introduce thoroughly new structures, others choose to honor the works of historic architects, who built the basis and foundations of structures that helped shape up cities today.

For the refurbishment of Paris’ Hotel Fouquet Barrière, located one block facing Avenue des Champs Elysées, Edouard François was selected to renovate the entire property, including offices, spa services, façade, and courtyards. François’ design strategy was rather unambiguous, using only two keywords as reference: “COPY-EDIT”; a reinterpretation of the “old” through contemporary technologies and modified material. 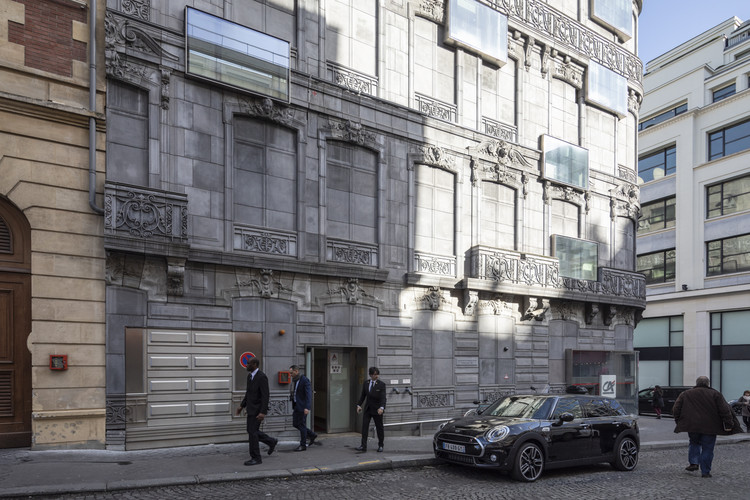 Paris’ “golden triangle” embodies significance and luxury, characteristics that are too immersed to be removed or covered up. Subsequently, architects find themselves creating an architectural dialogue between the old and the new / the past and present. To highlight this stylistic bridge between the 21st century and France’s Haussmann era, François reproduced the building’s characteristic windows, basement, roof, and ornaments, with concrete panels. However, he manipulated the panels’ dimensions to slightly deviate from Paris’ typical stone blocks, but chose to maintain its grey tones as a reference to the old architecture and the surrounding buildings.

François’ more drastic alterations took place in the interior architecture of the hotel. The distribution of the rooms and floors no longer corresponded to the building’s original levels, which influenced the architect to implement new contemporary-style windows to the facade, according to the new functional needs. Clean-cut framed windows were horizontally implemented onto old and new openings in the facade, exhibiting the architect’s “old + new” design notion.

With any noteworthy architecture refurbishment, the past stands as a foundation or starting point to new designs. Edouard François’ renovation of Hotel Fouquet Barrière was no exception, as the design pays respect to its architectural context and metropolis’ elegance, all while introducing contemporary design elements. In this project, the substantial modifications made in the interior were faintly extruded outwards, as if to acknowledge the hotel’s architectural value and the street it is built in, but with a new, youthful personality. 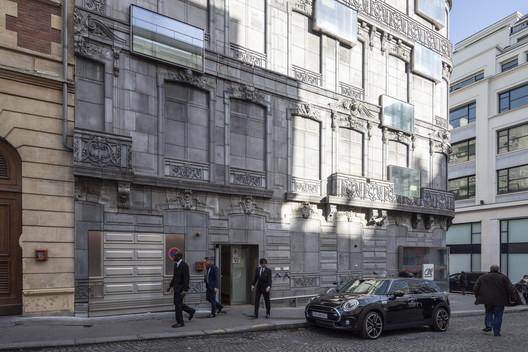