Few architects have had a greater influence on civic design and the public realm than Carol Ross Barney. Advocating that excellent design is a right, not a privilege, Carol's career is marked by her sensitivity. Born in Chicago, Illinois on April 12, 1949, her work is characterized by a desire to bring dignity to the needs of users and the public alike. With a career that spans over 40 years, Carol founded her firm Ross Barney Architects in 1981. She is known for shaping the built environment, the profession, and architectural education. As an architect, urbanist, mentor, and educator, her work upholds a deep commitment to people and place. 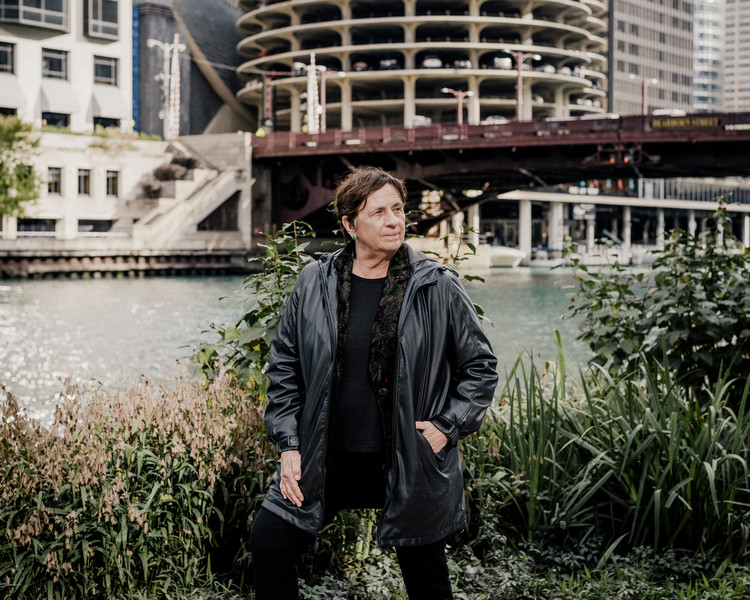 Carol began her education in the Chicago Public Schools. She enrolled in the Architecture program at the University of Illinois at Urbana-Champaign and received a Bachelor of Architecture degree in 1971. A week after graduation, Carol and her husband, Alan Barney, embarked on an assignment with the United States Peace Corps. Working with the Costa Rican National Park Service, their mission was to assist in the protection and preservation of Costa Rica’s ecology. Carol’s projects included a master plan for coral reef protection at Parque Nacional Cahuita, restoration of the historic hacienda at Parque Nacional Santa Rosa, and worker housing at Parque Nacional Volcan Poas.

Following her service in the Peace Corps, Carol joined Holabird and Root. Shortly after joining, she received an invitation from Gertrude Lempp Kerbis, FAIA: “Come and meet other female architects re: Coalition - all invited”. The group that convened that evening would found Chicago Women in Architecture; an organization that has become a leading advocacy group for women in the profession. As a founding member and first president, Carol embedded a sense of responsibility to seek equity. At Holabird and Root, Carol met mentor John A. Holabird, FAIA. With John, Carol worked for what he called “noble clients”, the ones with important cultural or social agendas but not necessarily the most money or high profile projects. The work ranged from the 1979 AIA Institute Honor Award winning restoration of the Chicago Public Library and Cultural Center to the Oakbrook Village Hall.

In 1981, Carol started a solo practice. Her first projects were for the “noble” clients she had worked with at Holabird and Root. In 1983, Carol received the Plym Traveling Fellowship from the University of Illinois Urbana Champaign, formative to the importance of building in the public realm that invigorated her work for years to come. By the mid 1980’s, Carol was awarded one of her first major commissions, the suburban Glendale Heights Post Office, which became an example of her willingness to rethink architectural conventions. Receiving a 1991 AIA Institute Honor Award for Architecture and a Presidential Design Award from the National Endowment of the Arts, the Post Office became a new example of color, organization, and identity in a monotonous suburban context. Following the commission in Glendale Heights, Carol undertook a series of projects for the Chicago Public Schools. In 1997, Carol was chosen as the lead designer for the Oklahoma City Federal Building, the first female architect to head the design of such a commission.

In 2005 Carol was awarded the Thomas Jefferson Award for Public Architecture from the American Institute of Architects. The jury noted that her “career demonstrates a strong sensitivity, care, and compassion for the public. Her projects not only listen and respond to users’ needs, they also dignify them.” That same year, the Chicago Architectural Foundation mounted a transformational exhibition: “5 Architects”. The show became one of the first to focus on women architects, presenting the work of Carol Ross Barney, Zaha Hadid, Julie Snow, and Jeanne Gang.

For the last 15 years, Carol has been leading a movement to regenerate the Chicago River. Throughout the process, Carol and the city have worked to think beyond conventions of civic space, designing a progressive urban park, the Chicago Riverwalk. Her influence has allowed for the exploration of new relations between city and river. More recently, Carol has brought a passion for the environment to a global corporation: McDonald’s. The Global Flagship in Chicago is a LEED Platinum building that transforms the brand through design, stewardship, and contributions to the city’s urban fabric. From buildings that enrich communities to infrastructure and urban systems that influence a city’s fabric, her work with the Chicago Transit Authority (CTA), which has touched nearly 1/3rd of the system, has touched the lives of millions of Chicagoans.

Carol’s process is rooted in inclusivity. Empowered by a sense of responsibility, she has chosen to fight for the collective aspirations of society. This confidence exists on a sense of ownership; that she too will use the spaces she designs and interacts with. What some might consider everyday spaces, ones that do not need to be designed, have an immeasurable impact on quality of life. These are the spaces Carol cares deeply about. It is this belief that makes her the “People’s Architect”. 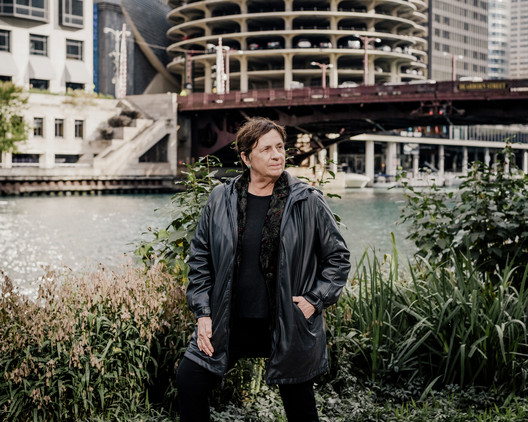