Save
OMA, Morphosis and Johnston Marklee Among Finalists for New Chicago Arts Center
Share
Or
Copy 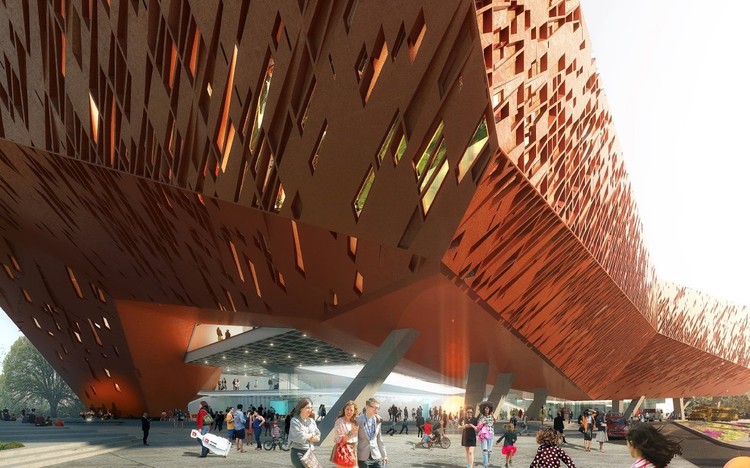 Los Angeles-based firm Johnston Marklee partnered with local designer UrbanWorks to create a pyramid scheme with two structures connected by rehearsal spaces and an enclosed winter garden. Clad in glass and perforated metal, the building's form references Walter Netsch's nearby Brutalist work completed for UIC in 1960. Framed by a greenbelt, the design aims to visually open the campus.

Morphosis and STL Architects proposed a faceted project of terra-cotta, concrete and glass as a reinterpretation of the university context. They are working with global design and engineering firm Arup to create the hovering, burnt-orange building atop thin stilts A drop-off zone leads into the interior lobby featuring Netsch-like cascading stairs with an angled wall of glass featuring views to West Loop and downtown Chicago.

Initiated in 2017, the new Center for the Arts is part of UIC’s 10-year master plan and will be built on a vacant lot at the northwest corner of Halsted and Harrison streets. The public can take a closer look at the three designs at UIC’s Center for the Arts competition website as well as submit feedback. 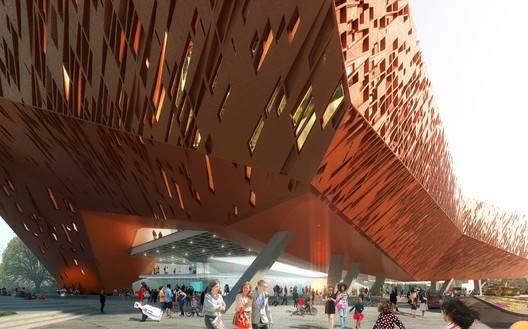