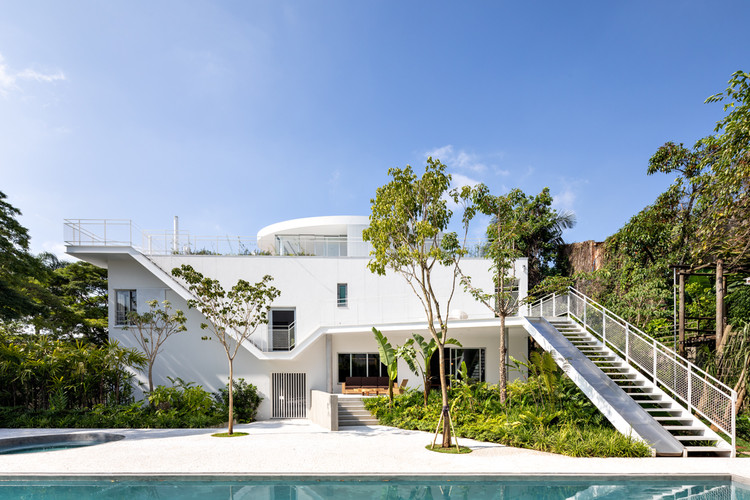 Text description provided by the architects. This project consists of a renovation of a residence that already belonged to the owners' family. The original construction had already undergone several renovations and lost its architectural value, but its position on the site and interior distribution with half levels were correct. After the acquisition of the neighbor lot, it was necessary a great reform and adequacy updating the interiors of the property.

The façade openings have been revisited. Internal walls and one of the stairs were suppressed, and the old gable roof was removed making the rooftop a pleasant space of leisure. The house gained a new relationship with the outside area. In the new plot, it was designed a new garage, swimming pool, sauna, and leisure area.

A metal structure was connected to the construction; with a playful character that follows the existing internal levels, it connects the pool, passes through the rooms until reaching the roof, where an elliptical volume was created and houses the technical area and a living environment. It also works as a porch and has a slide and a fireman pole for the kids to go down from the first floor to the ground level.

White was chosen as the predominant tone of the design. It appears on the Portuguese mosaic floor of the outside area, on the house internal and external walls and on the metal structure. In the interiors, a gray concresteel floor visually connects the levels and dialogues with the ribbed concrete slab that emerged throughout the demolition and was added to the project. 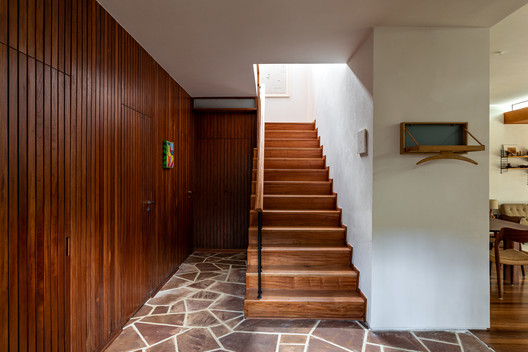 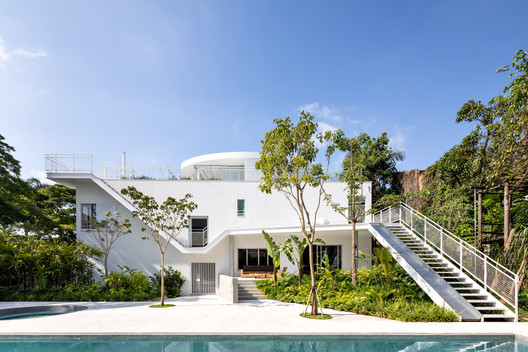