Save
Neuron Pod / aLL Design 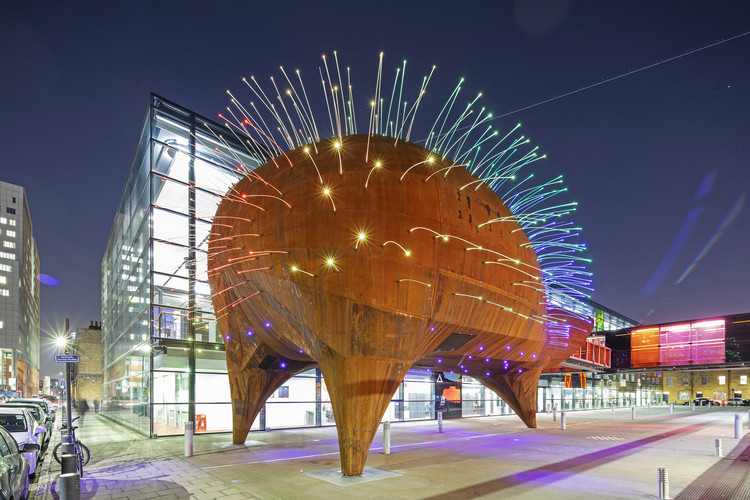 Text description provided by the architects. Since opening in 2009 Centre of the Cell (CotC) has been doing remarkable work encouraging local school children to study science and enter higher education. With insufficient space CotC had to present their science shows in whichever room was free in the University campus.

Neuron Pod provides much needed dedicated space and breathes light into a mews which was always intended to house pavilions, sculptures and events. Neuron Pod allows CotC to expand their scope, offering sessions for adults and sixth form students. QMUL recognised the value of the inspiring architecture in the Blizard Institute and commissioned more in the form of Neuron Pod. Neuron Pod was specifically designed to intrigue and inspire the next generation of scientists.

aLL Design’s Principal Director the Late Will Alsop RA OBE continued the design rational from the three existing pods in the Blizard Institute basing the new pod on a Neuron Cell. Developed through several versions according to aesthetics, functionality, buildability and cost the resulting building has maintained a beautifully alive feeling.

By locating Neuron Pod in the publicly accessible mews it offers a glimpse of the Blizard Institute’s striking internal atrium to the general public. As you turn the corner of Newark Street Neuron Pod leans out of the mews, its fibre optic ‘dendrites’ swaying and pulsing hinting at complex life at all its scales from cell to organism. The weathering steel façade is still in the process of developing its rusted patina, currently sporting mackerel stripes, responding to Neuron Pods unique geometry and microclimate.

Pod from the south, visible through the shifting light of coloured glass panels, completing a 180 degree, multi-level orbit of the pod. Stepping into Neuron Pods entrance tunnel the raw steel structure and welding marks are on view, giving an insight into the engineering of the structure. Through the dark tunnel you emerge into Neuron Pod, its cave like walls rising into a high irregular vault within which swarm stainless steel forms based on microglia cells.

81% of Tower Hamlets primary schools and 100% of Tower Hamlets secondary schools have taken part in CotC’s activities. The new Neuron Pod will be instrumental in widening this participation to more young people in Tower Hamlets along with the wider population with targets set to increase visitor numbers by 30% in the next 2-3 years. The design of Neuron Pod uses creativity to stimulate interest in hard science and, as with the original Centre of the Cell Embryo this is intrinsic to conveying of the message of inclusion. The pod welcomed its first school visitors in February 2019 to rave reviews. All feedback received to date has been overwhelmingly positive. 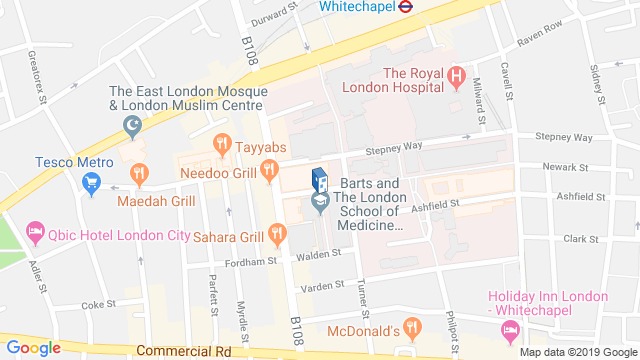 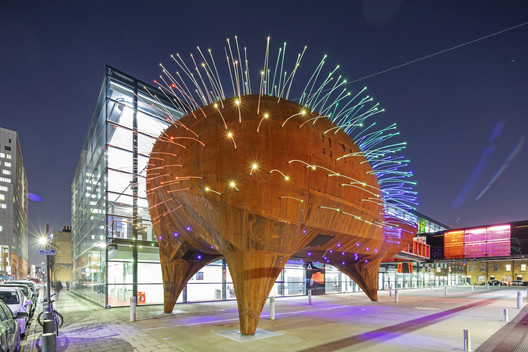