Save
Why Do Architects Love Designing Houses?
Share
Or
Copy

Home. Our shelter. Our private space. In an urbanized world with dense megalopolises like Tokyo, Shanghai, and São Paulo, homes are getting smaller and more expensive than ever. If you are claustrophobic, Marie Kondo is your best ally in the quest to earn some extra space.  And even though private backyards have become a luxury for most, our data shows that single-family houses are still the most popular project type on ArchDaily. Why is this? (Especially when it seems incongruous given the reality of today’s crowded cities.) Why do some universities still insist on designing and building houses as academic exercises? Wouldn’t it be more creative—and more useful—to develop architecture in small-scale spaces? Would it be more rewarding to develop solutions on bigger scales?

In this edition of our Editor's Talk, we discuss negotiations between architects and clients, freedom in the design of tiny houses, and what Generation Z’s expectations reveal about public spaces.

Nicolas Valencia: According to our data, single-family houses are the most popular category on ArchDaily. Why do you think this is still happening?

José Tomás Franco: I think it's one of the few types that really resonates with every person, anywhere in the world. It symbolizes many things: it's the greatest dream of the contemporary citizen, it's our private space par excellence, and maybe the only space where we really are who we are.

Maria Erman: I think housing projects are probably the most demanded ones among clients, and architects come to ArchDaily for inspiration and, ultimately, design solutions

Fabián Dejtiar: I believe the house is the most important financial investment people make in their lives, so it's natural to collect examples to get inspiration.

Matheus Pereira: When designing homes, architects can have greater control of the project by trying to satisfy all of the clients' requirements. Also, designing a house is to build a small part of a city and that implies to think about how it dialogues with the rest of the urban fabric.

Nicolas Valencia: It seems that designing a house implies fewer rules, the negotiation includes fewer people and you can design more freely. Does is it more attractive to architects rather to design apartments?

José Tomás Franco: I'm not so sure about that. I think that architects do not have much freedom to choose the projects that we want to work on and develop. What is shown in printed magazines or digital media is a significant part of what it's being built, but it is not everything. Our profession is a little bit idealized. So, when we get into university, the "house on the prairie," that home without any other buildings nearby, becomes the greatest achievement we could achieve, from day one.

Nevertheless, housing as a category provides a unique challenge —nothing less than designing the most intimate space of a person or a family. It's an immense responsibility.

Nicolas Valencia: So why do we focus on houses, when we can have a bigger impact on a bigger scale?

Maria Erman: Maybe because a house gives you a fair amount of freedom in relation to the site. When you design apartments, the scale is limited by, say, four walls, but larger scale projects are controlled by stricter limitations ruled by local authorities. When designing a house, an architect probably has more freedom to shape it.

José Tomás Franco: Regarding what Maria said, apartments provide similar challenges when it comes to interior design, but have very specific problems as well: the connection with the city, the relation with the streets, orientations, and how to trigger a collective life and make it work. In addition, you are often designing without a known user, so the spaces become "standard" and adapted for “everyone” after the fact. This can be dangerous.

Nicolas Valencia: Why do you think colleges still use the single-family house as an exercise?

Maria Erman: When designing a house the architect is responsible for understanding the best way for people to live in and use it, while the people themselves may not understand it at all. So, it seems like a good exercise versus the design of public spaces, where you have building codes that cannot really vary that much.

Matheus Pereira: I think this exercise synthesizes many things as a process. First, it teaches us to understand who space is intended for and to materialize our ideas. Then, it teaches us how to prioritize the layout, choose materials, determine thermal solutions, and so on.

Fabián Dejtiar: Designing a house in college is a complex exercise for exploring new ways of living nowadays. You can always go further in your response to an exercise by complicating it, especially if you consider current trends such as tiny houses and shared spaces.

José Tomás Franco: On the one hand, I think it's the best exercise to begin understanding architecture as a discipline, where our skills are at the service of people. But on the other hand, you don't have a real user, so it could be a risky exercise of creating a collage with fashionable architectural styles.

Nicolas Valencia: Maria Francisca Gonzalez published an article about houses under 538 square feet, becoming one of the most popular articles last year on ArchDaily. Why are we designing tiny houses? Market pressure? Luxury? Density?

Matheus Pereira: I think people and architects have begun to understand that a good house doesn’t mean having a big footprint. For example, in São Paulo two years ago a real estate company launched a building featuring expensive 10m² apartments. From this perspective, real estate developers have taken advantage of this situation by creating unfeasible and sometimes controversial proposals.

In the same vein, a few months ago I published an article explaining what the micro-housing trend has revealed about Generation Z's behavior. Living and working in small spaces forces you to going out by day and experiencing the public space.

José Tomás Franco: Tiny houses have been a recurrent buzzworthy topic in the past few years, but it kind of seemed like “pretty little houses where I could never live." Nowadays, families' ways of living are changing, and having a huge house is not always justified (or economical) if you only have one child, for example.

Tiny houses or small apartments still give you the peace of having your house and let you avoid an endless system of paying rent or a mortgage. In addition, new generations seem to value spending time in public space, and this is one of the principles of small houses: your garden is the neighborhood park.

Maria Erman: Market pressure and density certainly play a role, but “small living” has actually always been a very popular challenge among architects. Maybe, for example, as with Le Corbusier’s cabin and housing cells, everyone wants to see if there are more ways to fit everything you need in a very tiny space (because of financial limitations, etc). Generally, architects tend to reduce lots of their projects’ aspects. Space itself is not necessarily an exception.

José Tomás Franco: I think that housing will remain the problem to be solved by architects, but we must be careful not to move forward or even draw a line without asking all those necessary questions that will support a good architectural project.

Don’t just design by thinking about your portfolio: learn to listen to the user and observe their behavior so that our proposals can shape the space they always dreamed of. 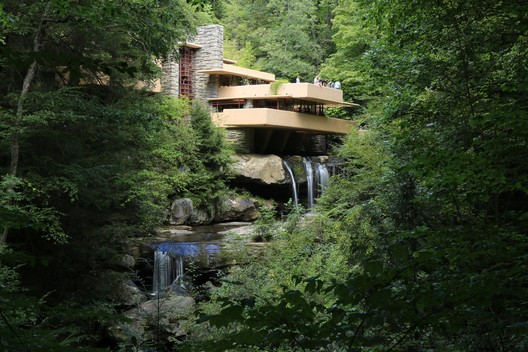