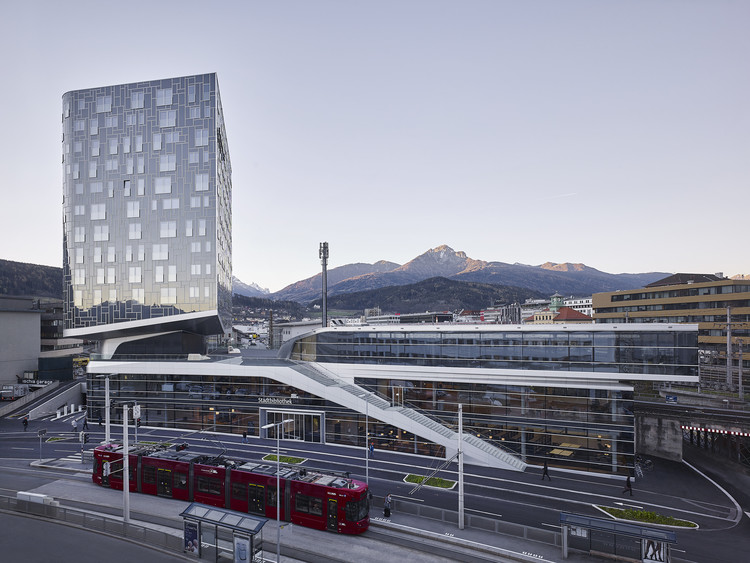 P2 - Urban Hybrid | library
The Project P2 combines a city library, a public space with restaurants and residential accommodation within a multi-faceted building complex. As a spatial organisation of urban relationships, it manages both public and private interests. Multiplicity becomes a differentiated, complex unity.

The construction of the new City Library within the base of P2 lends extra significance to an important public institution while creating a connection with the neighbouring districts of the city in the form of an attractive urban joint. The concept for Innsbruck’s new City Library sees this as a public space as well as a place of learning and coming together.

The City Library offers all the users of the city access to information, education and culture. With a broad range of uses including learning and reading areas, a children’s library, a reading café, an events space, a city gallery and spaces for a model of the city the library is enhancing its basic role, becoming a place, which is both highly integrative and highly social.

Context and Strategy
In Innsbruck, as in many European cities that enthusiastically embraced high-rise buildings in the sixties and seventies, the debate about the efficient use of building land has died down. The consequences of such interventions in the urban context simply seemed too serious and the qualities and opportunities offered by the high-rise typology were inadequately tested. Yet such an investigation of the notion of verticality seems particularly necessary in Innsbruck, a city whose land resources are limited as a result of its location in a valley.

The resulting question is whether, and how, this high-rise typology could help the city to achieve its spatial and functional development objectives. The “Innsbruck Tower Study”, asked these questions and outlined a high-rise typology in the form of an “Urbanissima”. The design of P2 responds to this idea by combining a range of functions within a consciously architectural and yet spatially restricted building. This consists of three different volumes: a base containing the spaces of the new City Library, a residential tower and a public space on a level with the roofs of the city that offers additional space for restaurants.

Materials and Structure
The high-rise project P2 is built in reinforced concrete skeleton construction. Project defining were the immediate vicinity to the railway line and a very limited construction space whereby the building overbuilt the entire property. The faceted facade of the tower dissolves the projectile structure with opaque and transparent elements, creating a monolithic overall effect.

All window elements are framed in aluminum. The facade of the base structure is designed as a mullion-transom system. The metal facade is made of aluminum composite panels. The design of the facade required a comprehensive optimization process to bring together contrasting demands of spatial qualities, design requirements, summer overheating, optimization of storage space and costs.

Due to the proximity to the railway high acoustic protection with correspondingly thick glass, structures are necessary. Curved panes were reduced by geometrisation processes to a minimum. 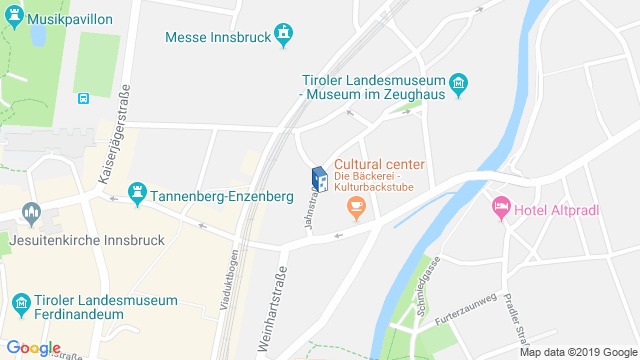 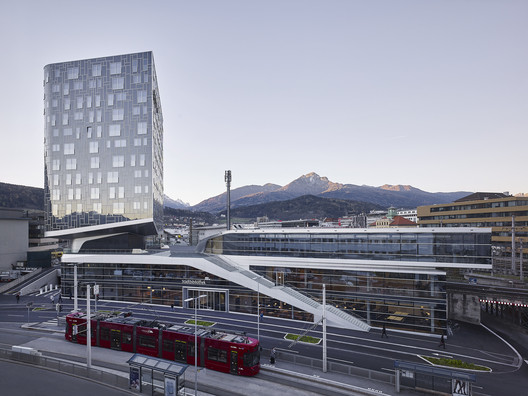