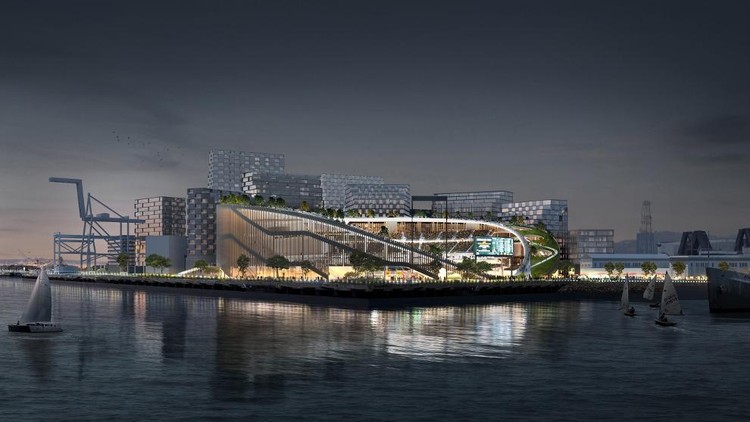 The revised plans also see the scaling back of wedge-shaped high rises looking directly down on the playing field, replaced with tiered rectangular forms arranged around the stadium’s perimeter. Despite the extensive redesign, the stadium will still include a publicly accessible rooftop park and an aerial gondola to shuttle fans over Interstate 880 and the railroad tracks to Jack London Square.

Recently, BIG revealed images of its plans for King Street West in Toronto, formed as sets of pixels extruded upwards to create space for housing, retail, and boutique offices. Meanwhile, the firm’s “urban tree farm” is set to become their first building in South America, rising above the dense city of Quito, Ecuador.

In New York City, the firm’s twisting “Eleventh” towers are taking shape in Manhattan, while construction on “The Spiral” skyscraper began last month. 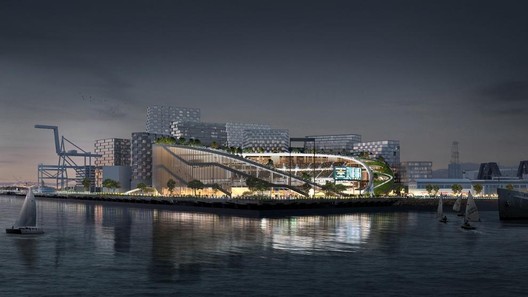