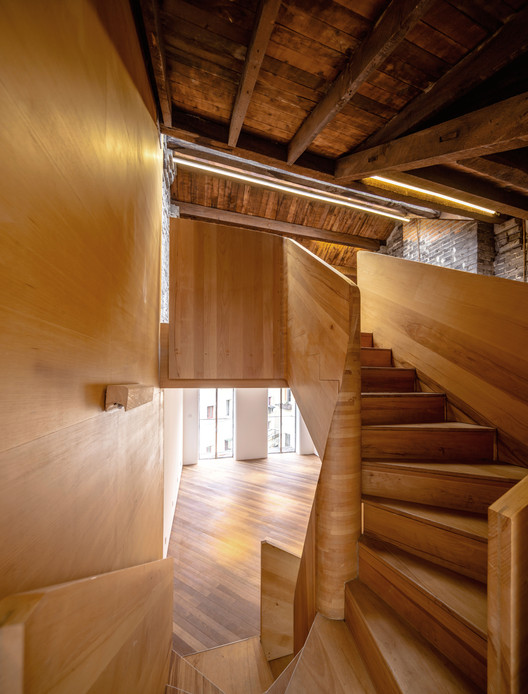 “The great buildings have survived precisely because of their form, one which is able to accommodate different functions over time. ”
—Peter Eisenman

Gallery Office
We are trying to evolve a space suitable for the spirit of this era in the city’s legacy space. Such space is not limited to specific functions, but it can meet diverse needs of nowdays. Inspired by Mies van der Rohe’s “Total Space” and “flow space”, we hope to create the space formate at a certain zero point between “flow” and “stay” to meet privacy and public, fast and slow usage requirements. We define this space as “GO Studio”,which means the gallery office, a brand new office with display needs. This hybrid feature motivates the social attributes of the office and extends the boundaries of social interactions to create a new experience. Blackstone Gallery office and Fenyang Road Alley House Gallery office are two of them.

The Building of Fenyang Road GO studio was built in the 1930s and belongs to the typical new style of Shanghai. The building’s facade is continuity with the whole block’s. The indoor wall was peeling off, and the original steel window makes the room look dim, and the brick-wood structure was filled with the smell which reminds an experience of ruins.

Further, the beech veneer on the wall gives the entire stairwell a uniform texture, and the continuous experience from down to up is deliberately interrupted by various openings in the stairwell wall. we collage the adjacent space perception into stairwell through it: add skylights at the top of the stairwell, change the door opening position, maximize the door opening, and increase the window opening towards the stairwell.  Light refracted from the different rooms into the stairwell, intertwined with darkness, turning the vertical stairwell into an atrium which creates a line of sight to obtain a space quality similar to that of an oriental garden corridor. the transition of the streamline combined with the "hidden and present" of the line of sight, riches the experience in the same area of space, and the house seems to be enlarged.

Staircase
In response to the original staircase material, the new stairs are made of split planks. the current computer technology is used to disassemble the three-dimensional staircase model into more than 200 parts which can be engraved with CNC 5-axis robot, snapped together and assembled on site.

Windows
Windows are not only the threshold between inside and outside but also the way how we see and be seen. In order to blur indoor and outdoor, we hide the window frame outside the wall, reduce the height of the inner side of the window sill, expand the scope of the window hole. The chamber of the window cover and the inner wall surface not only increases the continuity of the interface but also allows the window hole looks flat. The depth of view was weakened and the outdoor scenery was zoomed in.

Balcony and Skylight
We have reconstructed the terrace outside the room along the street, added a balcony and a skylight in the room, so that there are several not big but amazing outdoor or semi-outdoor spaces that are attached to space, which further increases the space rhythm between inside and outside and enriches the space experience. 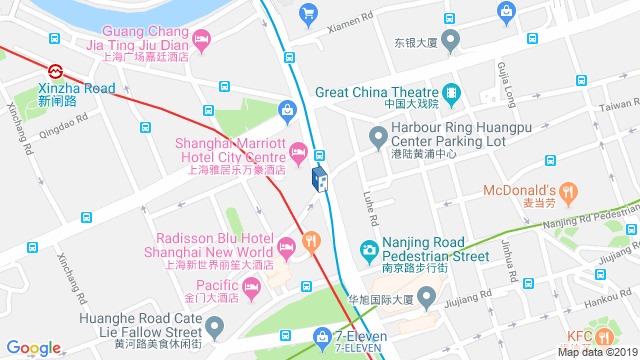 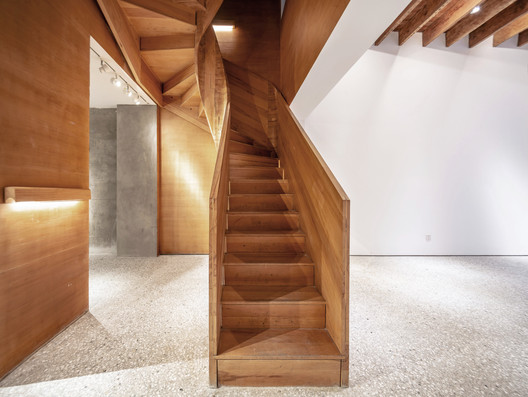