3XN has designed a new multipurpose arena on the site of the former Olympic cycling track stadium in Munich’s Olympic Park. The Copenhagen-based firm was awarded the contract with German landscape and urban planning firm LATZ+PARTNER to design an 11,500-capacity arena that will serve as the home of German ice hockey champions Munich Red Bulls and German basketball champions FC Bayern Munich.

Manifesting as an oval structure, the sports arena “naturally and respectfully melds into the world-famous Olympic Park with its many iconic buildings.” A green roof combines with a façade of vertical lamellas to allow the scheme to blend with its urban context, with breaks in the lamellas forming glass-paneled entrances. 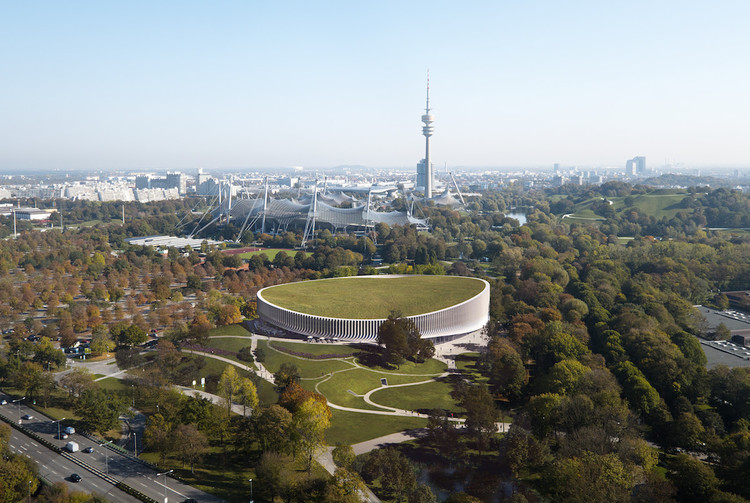 The scheme’s training areas sit partially underground, modeled as a green hill to blend with the natural topography of the Olympic Park. Adjacent to the respectful oval stadium, three additional canopied ice rinks will be built to serve as training facilities and recreational use, improving the local sports infrastructure for school, amateur clubs, and young talents.

We are delighted to design the new multipurpose sports arena at the Olympic Park in Munich, which will be the fourth arena project for 3XN Architects. It’s a great opportunity to become part of the inspiring, historic architecture of the park. During the design process, we continually thought about the park’s original design and asked ourselves how Günter Behnisch would have approached the task. It was important for us to create a flexible, multipurpose arena with a strong identity while respecting the history and vision of the original Olympic Park and fitting in quite naturally. We want to create the perfect backdrop for a fantastic fan experience.
-Jan Ammundsen, 3XN Architect’s Head of Design.

The groundbreaking ceremony for the 673,000-square-foot scheme is planned for the winter of 2019, with the inauguration of the stadium anticipated for late summer 2021. Utilizing the arena’s full organizational capacity, its two principal future occupants, FC Bayern Munich’s Basketball division and the Munich Red Bulls, can each play up to 40 matches per year, with additional room for up to 20 other matches, and 20 more sport-related events. The project is being developed for client Red Bull Stadion München GmbH.

The project’s technology and innovation partner SAP has secured the right to name the arena and has launched a naming competition using the hashtag #NameGameOn. Fans can submit the name via the official website here before March 4th, 2019.

3XN have been active with a number of recent announcements, including finalized designs for their Sydney Fish Market, a respectful waterfront climatorium in Denmark, and an undulating aquarium in Vienna. 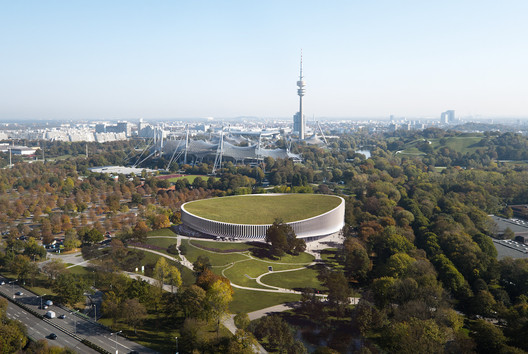