The European Space Agency has teamed up with a group of architecture students to speculate on the future design of sustainable lunar habitats. From the ESA’s astronaut center in Cologne, Germany, the organization challenged the students to draw on extreme environments in remote places, and speculate on sourcing and producing materials on the Moon to build a sustainable habitat.

Giving consideration to sunlight, temperature, and terrain, the design team developed a system of inflatable modules that can land at the base of a small crater on the South Polar Region of the Moon, where they will gradually fill the cavity with lunar soil until the modules are effectively buried.

The structures are intended to protect inhabitants from external conditions on the lunar surface. Due to the lack of a protective atmosphere, the base would also need to protect humans from radiation and tiny meteorites. To achieve this, meters of shielding protects the base, while the crater offers natural insulation, protection, and stable temperatures.

The scheme was developed by the ESA’s Spaceship EAC initiative, set up to promote collaboration and networking through partnerships with universities and research bodies. Promoting an interdisciplinary approach to design, the team of architecture students was joined by aerospace engineers and biologists.

The vision comes at a time of heightened interest among the architecture community of the potential for establishing settlements on other planets and moons. Recently, NASA endorsed AI SpaceFactory’s vision for 3D printed huts on Mars, while Foster + Partners showcased their vision for extra-terrestrial habitats at the UK’s Goodwood Festival.

Life on the Moon, According to 8 Architects and Artists 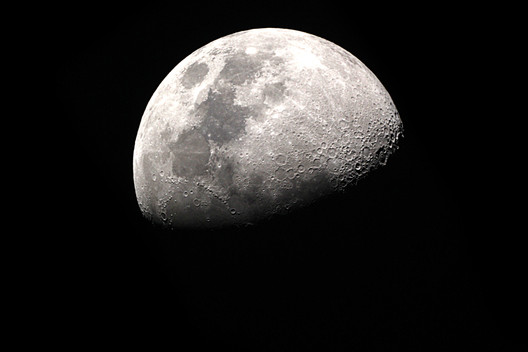