Save
Life on the Moon, According to 8 Architects and Artists
Share
Or
Copy

In response, The New York Times spoke to a group of high-profile names from the world of art and architecture, asking them to speculate on what life on the moon could look like. The full answers can be found via The New York Times article here, with a condensed summary outlined below.

The visions come at a time of heightened interest among the architecture community of the potential for establishing settlements on other planets and moons. Recently, NASA endorsed AI SpaceFactory’s vision for 3D printed huts on Mars, while Foster + Partners showcased their vision for extra-terrestrial habitats at the UK’s Goodwood Festival.

From The New York Times: “My proposal is to turn the moon itself into an art project: It’s a sphere and I want to turn it into a perfect square. That’s the dream […]We thought the best way would be to paint sections of it black, so they no longer reflect the sun’s light. To account for the curvature, you’d need to paint four spherical caps on the moon’s surface […] I like the way that it would transform the moon into a work of contemporary art.”

From The New York Times: “The intensity of lifelessness on the moon, the impossibility of species existing there, is a mirror. It makes us appreciate even more the precious miracle of life on this planet. So what I can put on the moon is an observation: My insignificance in relation to the universe, and to use that as a point of view for planet earth.”

From The New York Times: “I got thinking about a moon colony, which plenty of people have talked about pretty seriously over the years. So what I’d do is this: For every female child born on Earth, one sexist, white supremacist adult male would be shipped to the moon. They could colonize it to their heart’s content, and look down from a distance of a quarter-million miles. It’s a monochrome world up there; probably they’d love it.”

From The New York Times: “I played at the celebrations at the Kennedy Center for John F. Kennedy’s 100th anniversary last year, and I’ve thought a lot about his writings on the space program. He said the most beautiful things: “I look forward to an America that is not afraid of grace and beauty.” I keep that in my heart. It’s so antithetical to what’s going on now.”

From The New York Times: “My idea would be to take the other seven artists and convince them not to blast off to the moon at all, but to create a space habitat right here on Earth. There are so many places that currently aren’t livable: conflict zones, areas that suffer from great poverty and environmental devastation […] We’d create an environment rich in oxygen, have plants grow, and the other artists and I could work and create. This is about recycling dysfunctional civilizations as livable habitats.”

From The New York Times: “The only way I could grasp the absurdity of having thought that I wanted to be there in the first place is to resort to humor. I think my first creative act after landing on the moon would be to unzip my spacesuit and pee into gravity-less space, in a futile effort to mark my territory.”

From The New York Times: “To me, the most interesting thing about the moon is the dark side: The side we never see from Earth. The first astronauts were nervous when they went around the moon, because you lose radio contact until you reappear around the other side. So I’d want to photograph that, and keep photographing as we came around and as the Earth rose again.”

From The New York Times: “I collect stones, so if I got to land on the moon rather than just orbit it, the surface would immediately excite me: the moon rock itself; all those meteorites, billions of years old. I’d want to make a film about the experience simply of being on the moon, concentrating on the detail of it, exactly what it was like. I wouldn’t try to pre-imagine the experience; I’d just observe. Absorb as much as I can.” 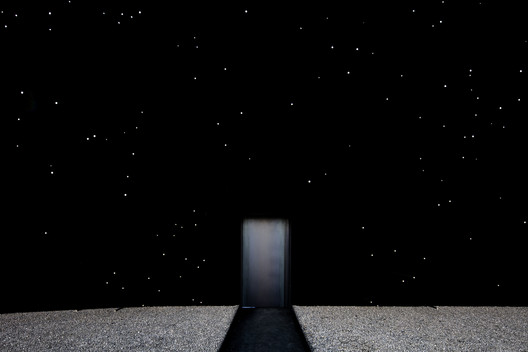