Save
What Urbanism Needs to Learn from Dubai
Share
Or
Copy

In the past three decades, Dubai has grown from a dusty desert town to a strategic hub for international business and tourism. As a result, several cities in the developing world have been competing to outdo one another in the race to replicate this development model—an urbanism largely built around the automobile, luxury villas, gleaming skyscrapers, massive shopping malls, and ambitious “smart” cities, designed and built from scratch. Across Africa, these new developments go by different names: Eko Atlantic City Nigeria, Vision City in Rwanda, Ebene Cyber City in Mauritius; Konza Technology City in Kenya; Safari City in Tanzania; Le Cite du Fleuve in DR Congo, and several others. All are mimicries of Dubai.

Recently I talked to African designer Safiya Yahaya—an architect who works in Dubai—about how this instant urbanism is shaping cities on our native continent.

Mathias Agbo Jr.: You’ve lived in Dubai for some years now, and have also worked as an architect and designer on a handful of signature projects across the city. You know a different Dubai from what we experience as tourists. How has the experience been as a Dubai-resident and designer?

Safiya Yahaya: I was lucky enough to have witnessed up close a lot of the city’s change over the years. When I first moved to Dubai in 2011, it had just come out of one of its worst economic slumps. It was obvious that the construction industry was picking up pace again, and very quickly, compensating for time lost. At the time it seemed like buildings would literally appear overnight, each one trying to outdo the other with some amazing feat of engineering. It was amazing to watch, especially later on from within the industry. This country itself is an architect’s dream, home to some of the most iconic buildings of our century. It gives you a sense that you can really build anything here, if you can overcome the challenge of figuring out how to make it work for the desert.

The first project I worked on was a 360o observation deck, 72 stories in the air, in what is now the world’s tallest hotel. There’s a lot of competition here when it comes to grandeur and that has certainly taught me to think out of the box, nothing is too ambitious or completely out of the question. I always say if you want to know what it looks like to see architects showing off, all you have to do is drive from one end of this city to another.

I always say if you want to know what it looks like to see architects showing off, all you have to do is drive from one end of this city to another.

MAJ: Over the past two decades, Dubai became a metaphor, for a certain brand of idiosyncratic urbanism; an aspirational model for several cities in the third world, especially across Africa. These cities have either designed new neighborhoods that replicated the architecture and urbanism of Dubai, or even built from scratch new “spin-off”’ cities that aped Dubai. I’ve often heard boosters of some of these new cities refer to them as the “Dubai of Africa.” Do you think these urban models are sustainable in Africa?

SY: Despite its successes, Dubai has numerous pitfalls that would suggest it’s not a sustainable model for a city. Modern Dubai as we know it is only a few decades old. The truth is we haven’t really seen the full effect of what happens when the city reaches its inevitable tipping point. It’s already struggling in a lot of ways from growing too fast, too soon. Housing is one example. It’s severely oversaturated with thousands of villas and apartments sitting completely empty. You can already see the city’s recipe for success getting stale.

The problem with the African spin-offs of the Dubai model is the presumption that urban forms are interchangeable. These models oppose a lot of the essential conditions that are unique to African cities and the people that inhabit them. It’s this cut-and-paste approach at making a new city that makes it unsustainable for Africa. The existing cities that will be home to these new developments often stretch the boundaries of the urban plan too far to accommodate the whims of developers. You also have to remember that in the 1970s, before any sort of real development kicked off in Dubai, it was basically a blank canvas; there was hardly any definitive premise to build from. African cities do not have that advantage. They are weighed down by an entirely unique set of issues. A housing deficit, population growth rates, and poverty, for instance, cannot be isolated from these new developments and because of that are bound to threaten the success of these new cities.

MAJ: There’s also a cultural dimension to this: African cities need to appreciate the cultural implication of wholesale Dubai-styled urbanism and the potential it has to upset pre-existing socio-cultural conditions in each city. This is important because most big cities on the continent have been around for centuries and even had their own thriving urban models long before Colonialism. For instance, take the case of pre-colonial Benin City in Mid-West Nigeria; the city was so well-laid out that, when the Portuguese first set foot there in 1485, they were astounded by its fractal urbanism and the level of sophistication that went into its planning. I recently saw a sketch of Benin City made by a British soldier circa 1897 (the same year British forces burned down the city), and I was also impressed by the symmetry and proportionality of its urbanscape and above all its cultural responsiveness.

But it’s also fair that we acknowledge that there’s a place for a few elements of Dubai-styled urbanism on the continent, especially in the present age of globalization. This can’t be at the expense of everything else, neither should it become the de facto urban development model, nor should thriving settlements be destroyed to create them. It’s possible to find a balance somehow.

With your local knowledge and experience in Dubai as well as your native insight of African cities, what attributes of Dubai would you recommend that we replicate on the continent?

SY: One thing that comes to mind is the city’s deliberate attempt at preserving its identity. Dubai leans heavily towards the ultra-modern and it makes a big point of constantly reminding you of that. There is no escaping it. You can literally see the giant steel and glass structure of the Burj Khalifa from 95 km away. But it also gives several nods to its local identity in between. Traditional planning elements still prevail in the older districts and a lot of the newer ones. With that comes a constant juxtaposition of old and new. You’ll see references to the city’s Pearl Diving heritage, wind towers, and the sandy colors of the desert. Modern steel and glass structures inlaid with motifs of palms and Arab geometric patterns that go back centuries.

This doesn’t just happen in museums or mosques to draw in tourists either; it’s a genuine part of commercial and civic buildings as well, places where everyday life happens. The city has by no stretch of the imagination achieved this perfectly, but the idea is there. There is a defined language of identity sensitive to the environment and the culture that has been preserved. That is something that can’t be imitated but must be defined within its own context. African cities, by and large, don’t have that anymore, or at least it just isn’t reflected in the current landscape. I’m glad you brought up Benin City because it’s a great example of how Colonialism watered down most of the vernacular approaches to design and planning that had up to that point worked well for African cities. It makes me think that maybe the magic happens somewhere down the middle, where vernacular and contemporary planning solutions meet.

MAJ: Another aspect I believe African cities need to copy cautiously is the deployment of technology and automation; an area Dubai is presently investing heavily in. I have keenly followed some of its emerging urban trends, like the launch of the ‘Dubai Autonomous Transportation Strategy’ – the highlight of which is the ambitious plan of transforming 25% of the total transportation system in Dubai to autonomous mode by 2030. This strategy works well in a place like Dubai, where the unemployment rate is presently less than 2%, in contrast to Africa where the rates are much higher.

Take the case of Africa’s two largest economies: Nigeria and South Africa which are both contending with unemployment rates of well over 20%; automation on this scale will certainly result in instant loss of jobs; further worsening an already bad situation. On the flipside, cities across Africa should invest heavily in artificial intelligence AI for crime prevention, detection and traffic management like Dubai has. This has the potential to significantly correct some of the challenges we currently experience with policing across the continent. At the moment, the police manpower across most African cities is overstretched; hence with AI, it is possible to do much more with fewer men. Overall, though, we need to be selective about the kind of technologies we adopt on the continent.

SY: I have to admit I’m not entirely on board with the whole automation anxiety.  As automation becomes more widespread new fields and industries are going to emerge to replace the ones it made obsolete. The question is whether our African cities will be the type of places where people can acquire the new skills they’ll need for the jobs of the future. That’s why there’s a lot of value in cities generating their own data in order to react appropriately to what’s coming. I’ve seen how data could be instrumental in crafting spatial solutions in the Gulf. It would be interesting to see how it answers questions in African cities. Questions such as, “Does the form of these new districts affect the prosperity of its enterprises?” or “Where are the emerging industries clustering and how can we accommodate their growth within the city?” I know that Cape Town is already trying to do this, creating eco-systems around tech start-ups and universities. Have you found that there are any particular gaps in information in your work when it comes to Nigeria specifically?

MAJ: Good question. Access to data is a very serious challenge for cities in Nigeria. On a country by country basis, Nigeria is listed as having one of the most resourceful national statistics bureaus on the continent. The NBS has consistently provided credible national data over the years. Unfortunately, this isn’t the case at city level; our cities have been unable to break down this data from the NBS. Presently, we are unable to say precisely how many people live in Gwarimpa or Maitama districts in Abuja, or what percentage of those, are permanent or transient residents.

Today, most cities across the country have set up their own Geographical Information Systems GIS agencies but sadly, they are using this for land administration and nothing else, in spite of the potential it has for policing, planning and traffic management. Overall, I think all of this, is a symptom of a much deeper problem – most cities in Nigeria are run like typical government offices – an arm of its unwieldy bureau, rather than as autonomous corporate entities. Consequently, these cities are unable to innovate as quickly as a corporation would.

SY: It’ll definitely be interesting to see how African cities take shape as smarter tech solutions come into play. I’m especially optimistic when I think of the effect it will have in combination with the current movement of African architects who are pushing for a renaissance of traditional design across the continent. 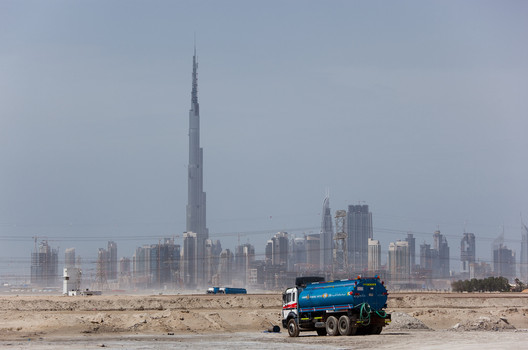