Raise your hand if you’ve ever wanted to go swimming inside a water tower. In reality, it would probably be dark and creepy and not as cool as it sounds, but that’s not the case with Danish firm SquareOne’s design, where the top of an abandoned water tower becomes a public swimming pool and spa. Utilizing the existing structural system of the tower, SquareOne is also proposing adding 40+ student housing units suspended around the tower. This dual-purpose scheme addresses Copenhagen’s desperate housing shortage while also giving new life to an old building. 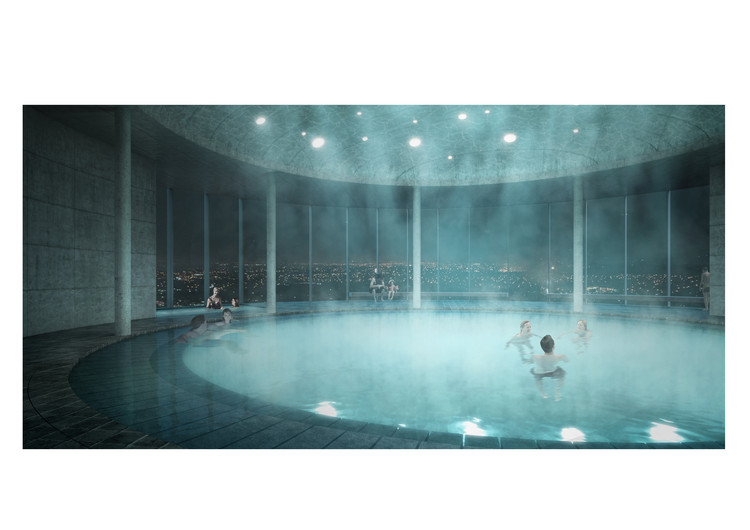 The Copenhagen-based architecture firm noticed that of Denmark’s 183 water towers, many have been abandoned and today sit unused. In the spirit of upcycling and sustainability, SquareOne thought it fitting to employ the structures for a new purpose. Due to new technologies, these towers are no longer needed to store and provide water to their surrounding communities. One thing that is needed in many Danish cities, however, is housing. Copenhagen is estimated to increase in population by 10,000 people annually for the foreseeable future and the student population, in particular, is at a ratio of 11 students per available apartment in the city.

Tackling a specific water tower in the area of Taarnby, the design addresses the iconic existing structure by attempting to maintain its character and ties to its former function, water. The top tank of the water tower is to retain its function as a water reservoir by converting to a two-story public spa. The lower floor of the tank can house changing rooms and the swimming tank itself, while the spa would be located on the upper floor, with 360-degree views of the surrounding city and airport.

To assist in alleviating the city’s need for student housing, as well as add financial viability to the project, the body of the tower would be populated with 30 square-meter (around 320 square-foot) living units. The existing structure has a symmetrical concrete skeleton with internal beams which could allow the units to be suspended directly from the tower. By leaving strategic open spaces between units, the design creates opportunities for shared living spaces such as a kitchen, dining room, tv room, meeting room, or even a small garden. On the ground floor, SquareOne proposes bike parking and a common seating area, open to the fascinating structure above. 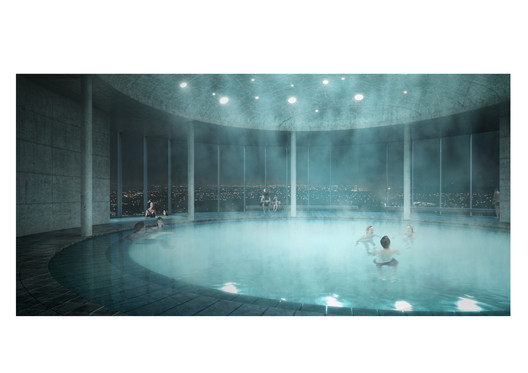